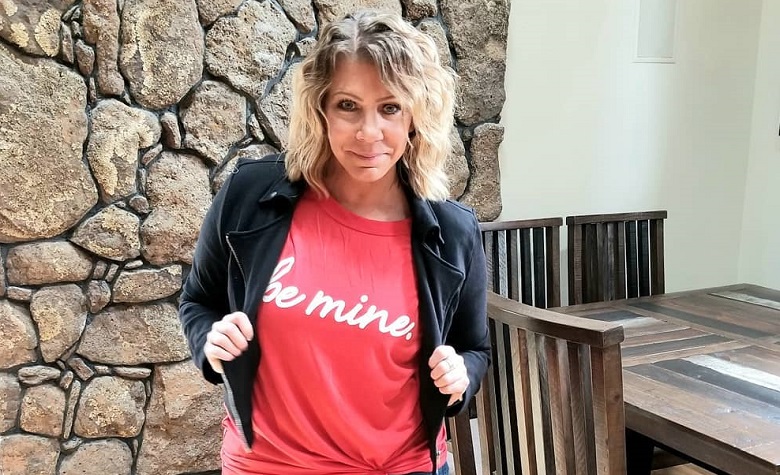 Sister Wives star Meri Brown has been keeping in touch with the fans lately. Most of the time, Meri shares adorable updates about herself as she continues to live her best life amid Kody Brown’s absence. Fans are also glad that Meri is finding different ways to keep herself happy. Meri also loves to spend time with her friends and business partners from LuLaRoe. It also appears that she spends more time with them compared to the plural family. Now, Meri is back to share another update for the fans. This time, Meri shares that she’s currently having a blast in Mexico.

In a social media post, Sister Wives star Meri Brown shared a stunning picture of herself during her vacation in Mexico. “What a great day here in Mexico! I spent most of the day on my deck, basking in the sunlight, thinking, planning, reading, writing, all the things that fill my soul!” Meri captioned. “Take time for yourself every once in a while! Nurture your heart and your mind. It’s good for you!” she added. It’s clear to see that Meri is setting her mind free from all the negativities. Fans are also glad that Meri is having so much fun lately despite the never-ending problems in the plural family. Meanwhile, fans are hoping that Kody will finally do something to make his family happy again, especially now that most of his wives have been stepping away from Flagstaff.

Who’s With Meri Brown In Mexico?

Meri also took social media to share who was with her during her vacation in Mexico. Apparently, Meri is with some of her friends and business partners from LuLaRoe. It’s clear to see that Meri’s relationship with LuLaRoe is only getting stronger. Fans are also surprised that the company is still going strong despite all its recent controversies. A documentary was even released exposing the company’s deceptive practices, but it seems that Meri is unfazed by it and remained close to the company.

Fans also find it odd that Sister Wives star Meri Brown is no longer talking about Kody Brown and the plural family despite her online activities. However, Season 17 has shown that things have been falling apart between Kody and Meri. Fans also think that most of Meri’s cryptic quotes indicate her struggling relationship with Kody. At this point, fans can only hope that Meri will finally come up with a decision that will keep her happy for the rest of her life.

Meanwhile, the other wives have been traveling as well. Apparently, Janelle Brown and Christine Brown are currently having a blast on their vacation in Hawaii with some of their kids.