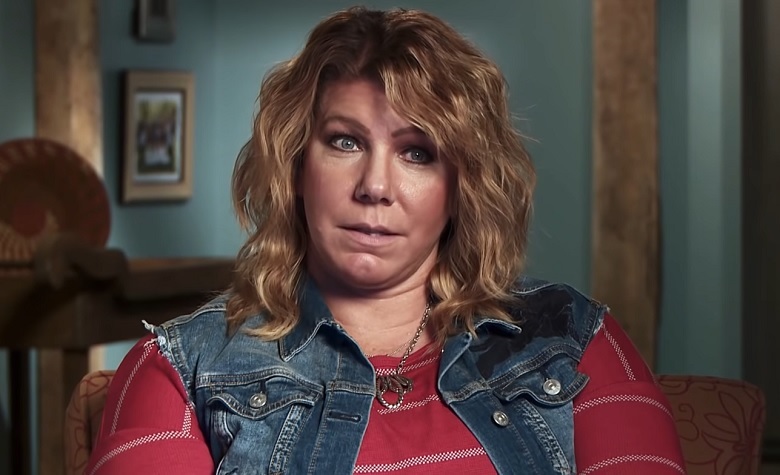 Sister Wives star Meri Brown has been sharing cryptic quotes for quite a while. Most of the time, Meri’s quotes talk about dealing with relationship problems and overcoming struggles. Fans also noticed that most of Meri’s quotes seem to depict her never-ending struggles with Kody Brown. Some also find it odd that Meri still hasn’t left despite her dying relationship with Kody. Now, Meri is back to share another puzzling quote for the fans. Yet, this time, it seems that Meri is trying to shade the manipulations reportedly happening in the plural family.

Sister Wives: Meri Brown No Longer Wants To Be Manipulated?

In a social media post, Sister Wives star Meri Brown shared a quote that contradicts a lot of negative mindsets. However, the line that says, “To be motivated, not manipulated” caught a lot of attention. Apparently, there have been rumors regarding the manipulations happening in the plural family. Robyn Brown and Kody Brown are also notorious when it comes to such topics. According to some, Robyn has been trying to manipulate the plural family into making decisions that only benefit her and her kids.

Fans also think that Kody is still manipulating Meri into making her feel bad about herself since her catfishing scandal back in 2015, and some think it’s one of the main reasons why she stays in the family. But with Meri’s recent post, fans are hoping that she will finally find the courage to step up and start making the right decisions.

Meri Wants To Find Happiness On Her Own

Meri also took social media to share a quote that talks about finding happiness on her own. “Happiness starts with you. Not with your relationships, not with your job, not with your money, but with YOU,” Meri said. Apparently, Meri has been trying to hint at making big changes in her life. She even shared a clip recently showing off her new hairstyle along with a cryptic message that talks about how cutting hair can bring some big changes in life.

Meri also shared her weekly live stream with her friend, Jen, on social media. The two talked about hilarious topics as they usually do. However, fans quickly noticed Meri’s stunning hair.  According to some, Meri has been glowing lately. Others are also speculating if it’s a sign that Meri is finally moving on from her never-ending struggles with Kody Brown. At this point, Meri has yet to share updates regarding her status with Kody. But the first episode of Season 17 clearly showed that things are only getting worse between them.

It’s clear to see that Meri is trying to live her best life amid the struggles of the polygamous family. Will Kody still come up with a solution to put his wives on the same page? Let us know your thoughts and watch Sister Wives Sundays on TLC.