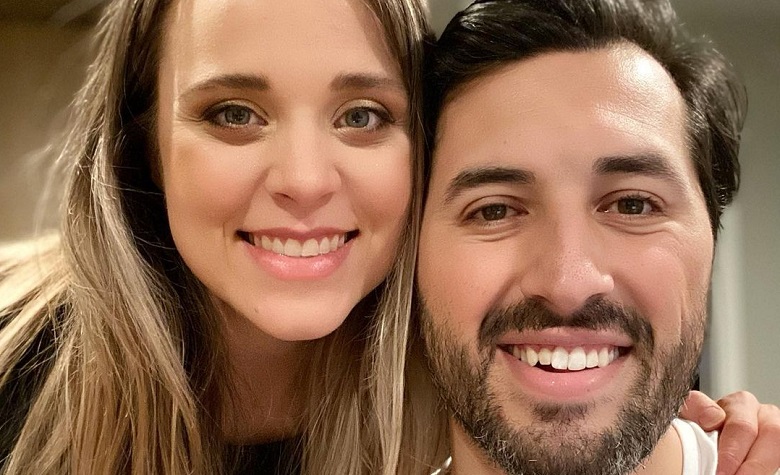 Counting On star Jinger Duggar is loving keeping up with fans. Most of the time, Jinger shares adorable pictures with Jeremy Vuolo. They have been keeping things private about their kids as well, and fans respect their decision. Some are also praising Jinger and Jeremy for their efforts in keeping their kids away from the online world, especially with all the recent controversies of the Duggar family. Now, Jinger is making headlines once again after showing off her stunning outfit during her recent mountain adventures with Jeremy.

Counting On star Jeremy Vuolo took social media to share a stunning picture of his wife, Jinger Duggar, during their recent adventures in Big Bear Lake, California. However, the two aren’t camping. Instead, Jeremy revealed that they went to the mountains to study the Bible. “We didn’t see any big bears this weekend” Jeremy captioned. Meanwhile, fans quickly noticed Jinger’s outfit. Apparently, Jinger is wearing pants yet again, which is against the dress codes of the Duggar. But it seems that time has changed for the family. According to some, the number of Duggar women wearing pants often has been increasing in recent years.

Jinger also took social media to share a rare glimpse of her daughter, Felicity. The photo was a back-facing shot again. However, fans appreciate how Jinger is starting to become more open about her kids lately. At this point, Jinger still has yet to share major updates about her kids. It also appears that it’s going to stay that way for a while after all the controversies of the Duggar family.

Counting On: Jinger Duggar Focusing More On Her Cooking Show

Jinger has also been busy with her projects lately. Apparently, Jinger has already released several vlogs on her YouTube channel, which is considered by many a huge success. But it seems that Jinger is still not satisfied with vlogging. According to Jinger, she’s now going to focus more on her cooking show. She has already released the first episode of her cooking show on YouTube as well and it immediately becomes a huge success.

It’s clear to see that Jinger has been busy trying out different projects. Fans also think it’s only a matter of time before Jinger writes another book. Should she do that? Would you like to read another book from Jinger or should she try more projects? Let us know your thoughts in the comments.