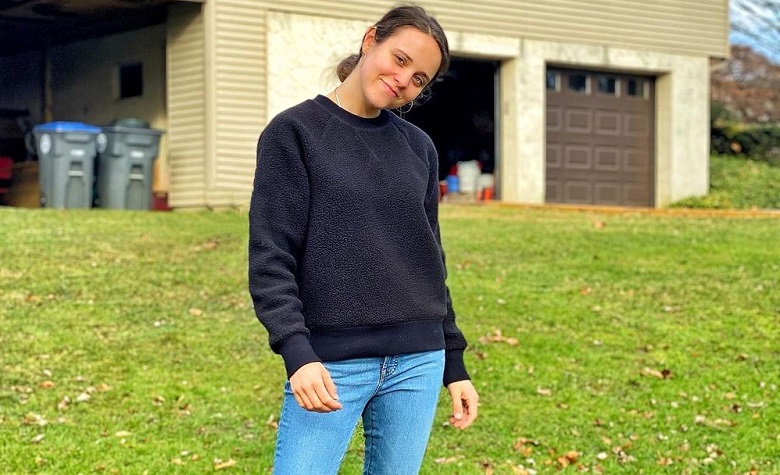 Counting On star Jinger Duggar has been keeping in touch with the fans lately. Most of the time, Jinger promotes her latest children’s book with Jeremy Vuolo. However, not everyone was impressed with the book. Apparently, there have been several complaints regarding some pages in Jinger’s children’s book. One of which is a dark-skinned girl stealing balloons and then being rescued by a white child. Some readers also pointed out the page telling a child with a disability that God loves them too. Yet, it seems that Jinger is unfazed by all the controversies. She even took social media recently to share one of her latest projects aside from vlogging.

In a social media post, Counting On star Jinger Duggar shared one of her latest projects. Apparently, Jinger has launched her own cooking show on YouTube. Her first recipe was tater tot casserole, which is one of the most popular recipes in the Duggar family. “Welcome to my kitchen I want to share some of my favorite recipes with you all, starting with something I ate a lot growing up: tater tot casserole! It’s super easy to make and a classic in Arkansas,” Jinger captioned. Families and friends of Jinger also took her comment section to praise her classic recipe. “So proud of you, Sista!” Joy-Anna Duggar said.

At this point, it seems that Counting On star Jinger Duggar will focus more on cooking shows. It’s been quite some time since she last uploaded a vlog as well, and fans think that she’s taking a break from making such videos. Meanwhile, Jinger’s first recipe video has already gained tons of viewers. Due to this, fans can expect more incredible recipes from Jinger in the future. Aside from cooking, fans are also hoping that Jinger’s next YouTube video will focus more on her own family as well.

Counting On star Jeremy Vuolo also took social media to an adorable picture with Jinger Duggar as he celebrates his birthday. “Thanks for the birthday wishes! Had a great day with my girls yesterday,” Jeremy said. There are not a lot of details about how Jeremy celebrated his birthday. But some think that Jinger and Jeremy went out with their daughters and celebrated somewhere in Los Angeles.

It’s clear to see that Jinger is living her best life with her family in L.A. Fans are also glad that she’s becoming more active lately despite all the controversies of the Duggar family due to Josh Duggar’s CSAM arrest.