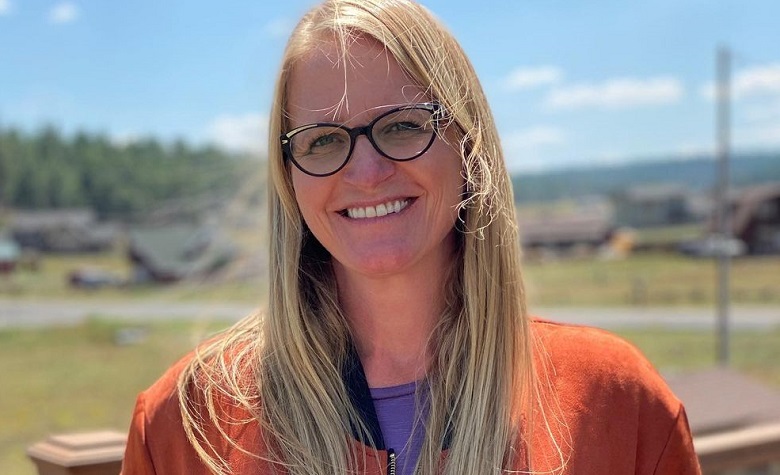 Sister Wives star Christine Brown loves to share wholesome updates about her life in Utah. Fans are also glad that she’s now living her best life after her split with Kody Brown last year. Christine has been receiving a lot of support from the fans after the first episode of Season 17 as well. Apparently, Christine is no longer holding back against Kody. Viewers even think that Christine exposed Kody’s bad behavior during their conversation. Now, Christine is back to share another update for the fans. This time, Christine shared her sweet family dinner with Janelle Brown’s son, Hunter.

In a social media post, Sister Wives star Christine Brown shared a picture of Janelle Brown’s son, Hunter Brown, during their recent dinner. “Total splurge on dinner last night! @steak44 had the most incredible food. Every bite was amazing! Just celebrating life and super lucky to be in the same city as @hunter_elias01,” Christine captioned. Fans are also excited about Christine and Hunter’s bonding time together. According to some, it just shows how good of a mother Christine was and is in the plural family. Fans also think that her absence will be felt by most kids.

Is Kody Still In Touch With Christine’s Kids?

At this point, Christine has yet to share if Kody is doing something for their kids since their split. However, Kody expressed his concerns for the kids during the first episode of Season 17. Kody didn’t want Christine to leave for the sake of their kids. Yet, many were not having it and said Kody has been neglecting his children for years. Christine’s kids are not the only victim of Kody’s absence. He’s been out of sight for Janelle Brown’s children as well. There are also reports stating that he’s still not on good terms with Gabriel Brown and Garrison Brown.

TLC also released a new clip on YouTube showing one of Kody and Christine’s conversations. Apparently, Kody tried to convince Christine not to leave. He even told the cameras that he’s disgusted about Christine’s decision to move. However, Christine is eager to give Truely Brown a much better life away from the plural family. Christine even told the cameras that she has seen Kody wanting to be somewhere else instead of with their kids, and Sister Wives fans think she’s referring to Robyn Brown and their family.

It’s clear to see how bad things have turned in the plural family. Will Kody still pull off something to try and fix the plural family? Let us know your thoughts and watch Sister Wives Sundays on TLC.