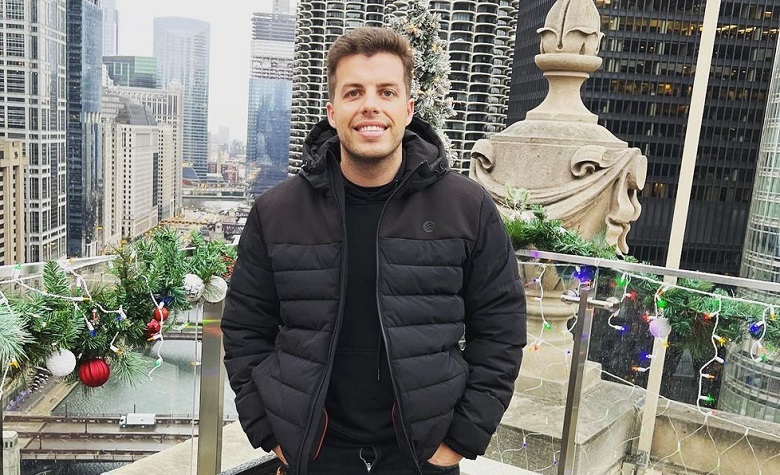 90 Day Fiance star Jovi Dufren loves to talk to his fans on social media. Most of the time, Jovi answers questions and replies to comments whenever he’s making new posts. Fans are also praising Jovi’s positivity and the energy he brings to his wife, Yara Zaya, amid the heartbreaking situation in her home country, Ukraine. Now, Jovi is back to on social media to interact with the fans. Apparently, Jovi answered some popular questions regarding his efforts for Yara when they were still dating.

In a social media post, 90 Day Fiance star Jovi Dufren answered a question regarding how often he flew to Yara Zaya in Ukraine during the early days of their relationship. According to Jovi, he visited Yara a lot in Ukraine when they were still dating. He also thinks that it may have been more than 10 times, which is an impressive effort. But it’s clear to see that it has more than paid off. Now, the two are living their best lives and are now looking for a new place to call home in the U.S.

Jovi Shares What He’s Excited About In Upcoming Season

Jovi also took social media to share what he’s excited about in the upcoming season of Happily Ever After? According to Jovi, he’s excited to show to everyone how he and Yara adapted to the unexpected times in their lives. Jovi didn’t share a lot of information about what was going to happen between him and Yara in the new season. However, TLC’s recent teaser shows Jovi having problems with Yara’s friends as he thinks they’re influencing her in a bad way.

90 Day Fiance star Yara also took social media to share the latest teaser of Happily Ever After? “Ready? August 28,” Yara captioned. Moments later, fans took Yara’s comment section to cheer for her and Jovi. According to some, they’re excited to see how Yara and Jovi dealt with their recent problems. Some also left motivational messages for the two. “I hope you two make it. Just talk to each other through the hard times,” one fan said. “Glad that you all are doing the work and supporting each other while sharing the vulnerable sides of marriage!” another fan added.

It’s clear to see that Season 7 of 90 Day Fiance: Happily Ever After? is going to be filled with drama and heartbreaking moments. Will Jovi and Yara make it through and continue to live a happy marriage? Let us know your thoughts and watch the new season on August 28 on TLC.

‘Sister Wives’: Why Fans Are Not Happy With Meri’s Latest Post
‘Counting On’: Joy-Anna Shares Throwback Thanksgiving Pic With Family
‘Sister Wives’ Janelle Shares Pic Of Savanah Ahead Of Her 18th Birthday
‘Counting On’: Gideon Already Showing Love To Upcoming Brother
‘Counting On’: Jinger Back In Workout Routine After Recovering From Flu