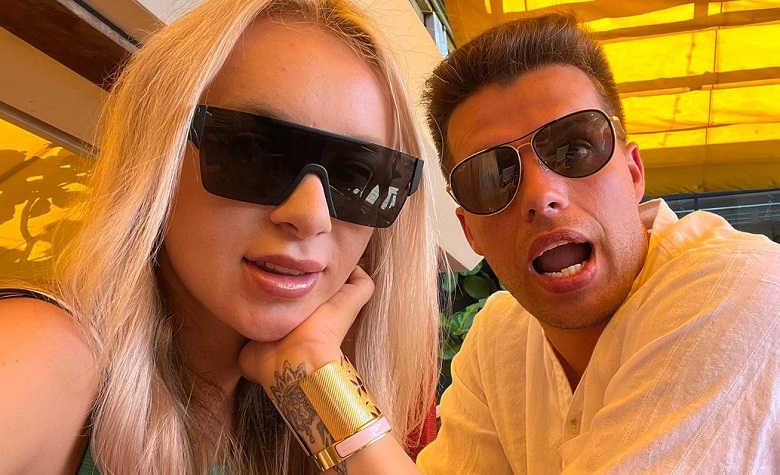 90 Day Fiance star Jovi Dufren has been keeping in touch with the fans lately. Most of the time, Jovi shares pictures from his recent adventures in South Africa. Meanwhile, Yara Zaya has been having a blast in Los Angeles amid Jovi’s absence. She’s been sharing adorable pictures with Mylah. Yara also revealed that her mother-in-law, Gwen, has been with them while Jovi is away. Now, Jovi is back to share another update for the fans. This time, Jovi shares a relatable funny clip with Yara.

In a social media post, 90 Day Fiance star Jovi Dufren shared a hilarious clip with Yara Zaya. The clip shows Jovi forgetting to unlock the car door for a few seconds, immediately making Yara furious. “Who else has this problem?” Jovi captioned. Fans also react to Jovi’s relatable clip. According to some, it happens to almost everyone. Some fans also told Jovi that he should open the door for Yara next before getting into the car.

Is Jovi Back With Yara & Mylah?

At this point, Jovi has yet to share if he’s finally back with Yara and Mylah. It’s unclear if the clip he shared was recent, but fans believe that he’s still in South Africa. Fans are also expecting that Jovi will hold a big birthday celebration once he gets home. Apparently, Jovi had to celebrate his birthday in South Africa. Meanwhile, Yara has been living her best life in Los Angeles lately. Fans also think that may fuel Yara’s desire to settle in L.A.

90 Day Fiance star Yara Zaya also took social media to share a stunning picture with Mylah and Jovi. Apparently, Yara uploaded to photo to wish Jovi a happy birthday. “Happy birthday daddy @jovid11 I hope you are having the best day ever,” Yara captioned. Meanwhile, Jovi has been showing signs that he misses his family already. Most of the time, Jovi shares adorable pictures with Mylah. But despite missing his family, it’s clear to see that Jovi enjoyed his quick trip to South Africa. He also made it clear that he’s going to share his adventures with the fans once he gets home.

It’s clear to see that Jovi and Yara are living their best lives after TLC. Fans also think that their growing popularity will keep them around the franchise for years to come. What do you think of the couple and where should they settle? Let us know in the comments.