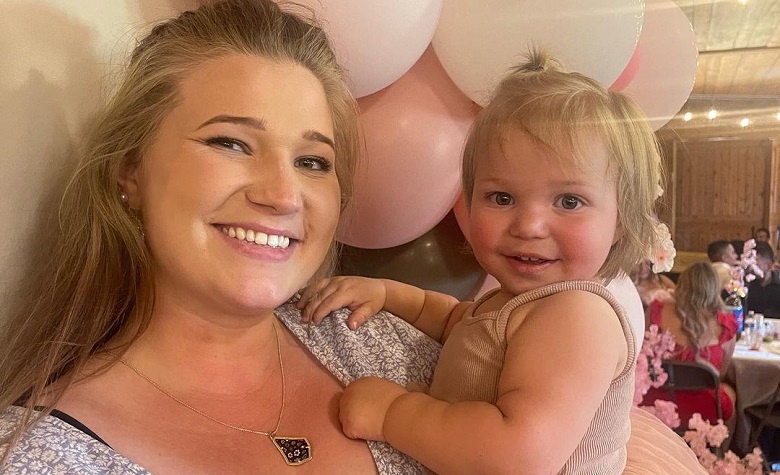 Sister Wives fans are getting excited for Christine Brown’s daughter, Mykelti Padron. Apparently, Mykelti made headlines after revealing that she’s expecting twins. Fans were surprised by the announcement and have been following her journey since. Despite Kody Brown’s silence for Mykelti, fans think that most of the family members are getting excited for the twins to arrive as well. It also appears that fans want to know more about Mykelti’s pregnancy. Some even took Reddit to discuss what she’s been up to lately.

Sister Wives fans took Reddit to discuss Mykelti Padron’s pregnancy with twins. Apparently, fans want to get more updates about Mykelti. Fortunately, Mykelti never forgets to share updates whenever she’s live on social media. According to Mykelti, she’s currently 24 weeks pregnant. She also revealed that the twins are healthy and she will be giving birth in a hospital. Mykelti also revealed that she’s having the same doctor who worked with Christine during her birth with Truely Brown. Some fans also recalled Mykelti’s statements that her twins will be their last children, but the idea of adopting will always be in their minds. Mykelti also revealed that she might give birth around November. She has yet to share the genders of the twins as well.

Sister Wives fans are also expecting that Christine Brown will immediately look after Mykelti’s twins once they arrived. According to some, Christine has shown everyone how much she loves her kids and grandkids. Fans also think she’s the only wife in the plural family that puts so much attention when it comes to the kids. At this point, Christine has been busy looking after Mykelti’s daughter, Avalon. It also appears that Christine will be staying close to Mykelti up until she gives birth to the twins.

At this point, Sister Wives star Kody Brown has yet to acknowledge the pregnancy of his daughter, Mykelti. It’s been quite some time since Kody last posted anything on social media. However, he’s often spotted with Robyn Brown on shopping and dinner dates. According to some, it seems that Kody has been neglecting his other families and only focuses on Robyn. There are also reports stating that they’re starting to look like a monogamous couple and it’s been hurting the other families. Fans also think Christine will try and expose Kody’s unfair relationship with Robyn in the upcoming season.

It’s clear to see that things are still falling apart in the plural family. But fans are hoping that the arrival of Mykelti’s twins will create a bridge for the plural family to finally reconnect. Will you be watching this season? Let us know in the comments.