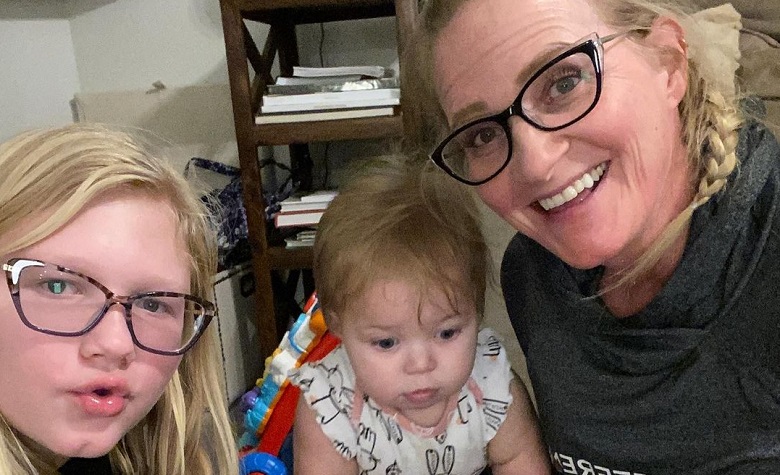 Sister Wives star Christine Brown has been keeping in touch with the fans lately. Most of the time, Christine shares adorable pictures with her daughter, Truely Brown. Fans seem glad that Christine is finally back with her online activity after filming for Season 17.

TLC also revealed that the first episode of Season 17 will feature Christine and Kody Brown discussing the future of their marriage. At this point, Christine has yet to share thoughts about their upcoming season. It appears that she wants to focus more on positivity instead of talking about the plural family. She even took social media recently to share an adorable picture with her granddaughter, Avalon.

In a social media post, Sister Wives star Christine Brown shared adorable pictures with her granddaughter, Avalon. “OMA TIME IS THE BEST!!!” Christine captioned the photos. It’s clear to see that Christine loves to spend her time with her kids and grandkids. Fans seem to think that Christine has been living her best life since leaving Kody Brown. Aside from staying healthy, it seems that she has a lot of time to travel with her children. Fans are also glad that Christine has found happiness in life after leaving the plural family. Some even took Christine’s comment section to cheer for her new life away from Kody.

At this point, Sister Wives star Christine Brown has yet to share details regarding Season 17. However, TLC has already revealed that Christine will have major screentime in the upcoming season. According to the network company, Season 17 will feature Christine and Kody Brwon’s discussion regarding their marriage. It’s unclear if they’re going to try and fix everything between them. However, some fans think that Christine and Kody will go for an official closure.

It appears that Sister Wives star Christine Brown is now back in Utah after filming for several days in Flagstaff. Her recent photo with Avalon also indicates that she paid a visit to her daughter, Mykelti Brown, who lives in Utah. It’s unclear if Christine will go back to Flagstaff to film more episodes. Meanwhile, fans are speculating that Christine’s return to Utah is a hint that things didn’t go well with her discussion with Kody Brown.

On the other hand, some are hoping that Kody will double his efforts in fixing his struggling family in the upcoming season. Some also believe that his ambitious housing project in Coyote Pass might be his final card to put everyone on the same page.