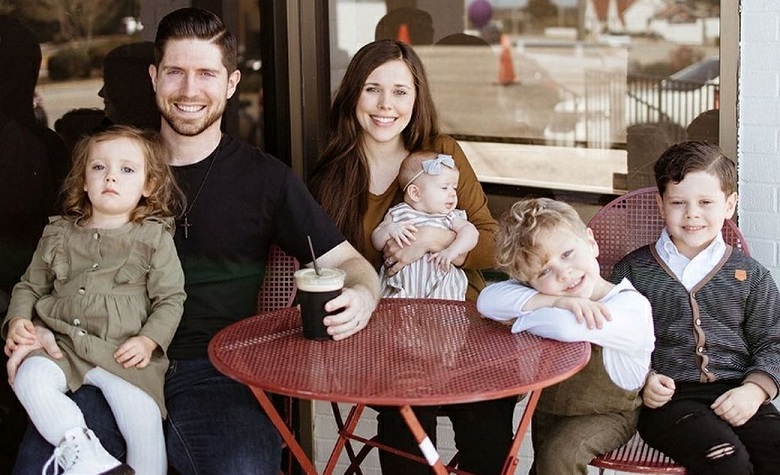 Counting On star Jessa Duggar has been keeping in touch with the fans lately. Most of the time, Jessa shares updates about her kids. Jessa also left the fans in awe after sharing their recent family outdoor trip. She even surprised the fans with a clip of Fern already walking at the water park. Now, Jessa is back to share another update for the fans. This time, Jessa shared her partnership with a type of ministry that seeks to help those in need regarding healthcare.

Counting On: Jessa Duggar Praised For Supporting THIS Ministry

In a social media post, Counting On star Jessa Duggar revealed her partnership with a healthcare ministry. According to Jessa, they’ve been a partner of Christian Healthcare Ministries since she and Ben Seewald got married. Jessa also explained that CHM is not a healthcare insurance company. “rather, it’s a budget-friendly health cost sharing ministry that allows Christians around the globe to come together and help to “bear one another’s burdens” (Galatians 6:2)” she added.

Jessa also said that they’d been members of the CHM for 8 years and it’s been helping them a lot regarding medical bills. Meanwhile, fans took Jessa’s comment section to praise her decision to support CHM. Some fans also said that they’ve been with CHM as well. “Love CHM!!! Their maternity sharing was so wonderful,” one fan said. “I had CHM for several years! It’s awesome!” another fan added.

Counting On fans also react to Jessa Duggar and Ben Seewald’s stunning picture. “The Cottage behind you. Lovely picture of you two, Jess,” one fan said. Jill Duggar and Amy Duggar also surprised the fans after leaving sweet comments on Jessa’s post despite their estrangement from the Duggar family. However, it seems that the two are trying to prove to everyone that they’re still in touch with some family members despite their feud with Jim Bob and Michelle Duggar.

At this point, Jessa has yet to share her next big project with Ben Seewald. Apparently, some of the Duggar kids have been coming up with ideas lately to make money and stay relevant in the online world. One of them is Jinger Duggar, who started vlogging with Jeremy Vuolo last month. According to some, Jessa should also start making videos on YouTube where she can share updates about her family as well as her hobby of making DIY lessons.

It’s clear to see that Jess is living her best life with her family amid the controversies of the Duggars. Fans are also praising Jessa for her strong personality and for standing up for her family when someone makes fun of them.