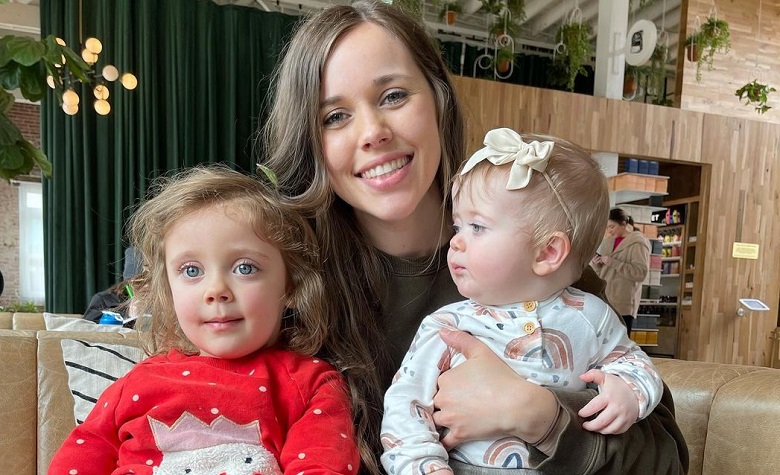 Counting On star Jessa Duggar has been keeping in touch with the fans lately. Most of the time, Jessa shares adorable clips and pictures of her family. It also appears that Jessa is trying her best to distract herself from all the negativities surrounding the Duggar family. Apparently, Jessa loves to fight back whenever someone is criticizing them on social media. However, it seems that Jessa no longer wants to spread hate and negativities. She even took social media to share her recent outdoor trip with her family. Fans were also surprised after Jessa shared a clip of Fern already walking.

In a social media post, Counting On star Jessa Duggar shared a clip from their recent family bonding time. “Family time is golden!” Jessa captioned. One of the clips shows Fern being so excited about their outdoor trip. Jessa also shared clips of her kids reading books during their relaxing morning in what seemed to be a coffee shop. Moments later, Jessa shared a clip of Ivy tickling her younger sister. After that, Jessa revealed they went to a water park where the kids enjoyed running around and getting soaked by the fountains.

Counting On star Jessa also left the fans in awe after sharing adorable clips of Fern already walking. Some even took Jessa’s comment section to talk about how fast Fern grows. “Fern is walking already? Seems like you just gave birth to her a few months ago. Time flies,” one fan said. “Love this!! Fern looks so grown up!” another fan added. Meanwhile, fans are praising Jessa for making a memorable summer with her family. Some are also hoping that Jessa will share more clips from their recent adventures in the coming days.

Counting On: Jessa Duggar Staying Strong With Her Parents?

Fans also think that Jessa has been the only Duggar showing a strong connection with her parents lately. Apparently, reports claimed that there’s been a rift in the Duggar family after Jim Bob and Michelle Duggar tried to help Josh Duggar defend his case. However, it seems that Jessa doesn’t want to show frustration toward her parents. Instead, she’s been protecting them at all costs. Most of the time, Jessa shuts down the haters on social media by making sure that the Duggars are doing great despite the negativities surrounding them.

It’s clear to see that Jessa is living her best life with her family despite all the recent controversies in the Duggar family. Fans are also hoping that TLC will consider giving Jessa a spinoff show where she can share their recent travels as well as her DIY lessons.