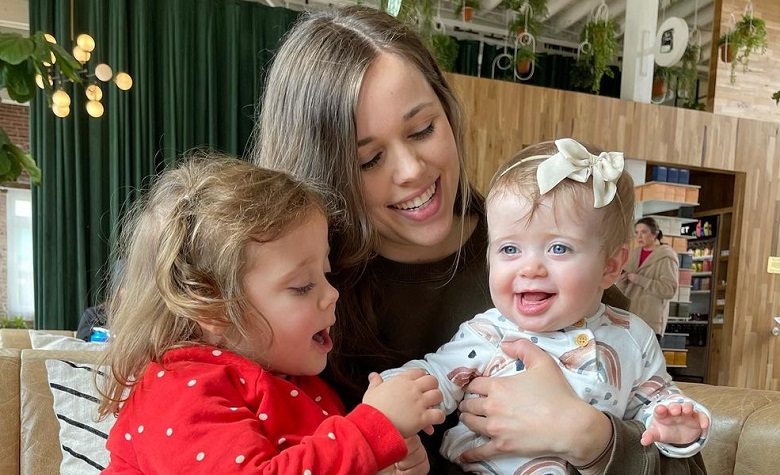 Counting On star Jessa Duggar has been silent on social media lately. It seems that she and her husband, Ben Seewald, are still busy moving to their new fixer-upper. At this point, Jessa has yet to share new clips and pictures from their new home. However, fans think that it’s only a matter of time before Jessa gives her fans a tour of their new place. Now, Jessa returns to social media after a long break. However, instead of sharing updates on their recent move, Jessa left the fans in awe with Fern’s adorable picture as she turns 9 months.

In a social media post, Counting On star Jessa Duggar shared a picture of Fern bonding with her brother, Henry. Apparently, Jessa can’t believe that Fern how time flies so fast. “Everyone wants a turn cuddling little squishy Ferny! Can’t believe she’s 9 months old already! Time, slow down,” Jessa captioned. Moments later, fans took to Jessa’s comment section to talk about how big Fern is become. Some also praised Jessa for her parenting as her kids show great examples of loving their siblings.

At this point, Counting On star Jessa Duggar has yet to share if they already moved to their new home. However, fans think that they’re still busy moving things, which is why Jessa hasn’t shared any updates yet. It’s been several weeks since Jessa last shared that their fixer-upper is on its finishing touches. But it seems that things got deleted for some reason. Meanwhile, fans are still happy that Jessa’s house is now bigger and her kids will have more comfort especially when they’re homeschooling.

Counting On fans are also speculating that Jessa Duggar might be going for baby number 5. Apparently, fans have been noticing Jessa’s absence in the cameras whenever she’s posting pictures of her family. Fans also think that pregnancy might also be the reason why she’s been inactive lately. However, some think that Jessa is still focusing on Fern, and going for baby number 5 might be too early.

‘Sister Wives’: Meri Wants To Keep On Trying Amid Struggles With Kody
‘Counting On’: Why Didn’t Jim Bob Write A Letter For Josh?
‘Sister Wives’: Why Do The Browns Keep Struggling In Flagstaff?
‘Counting On’: How Does Josh’s Conviction Affect The Duggars?
’90 Day Fiance’: Yara Zaya Talks About Plans For Baby Number 2