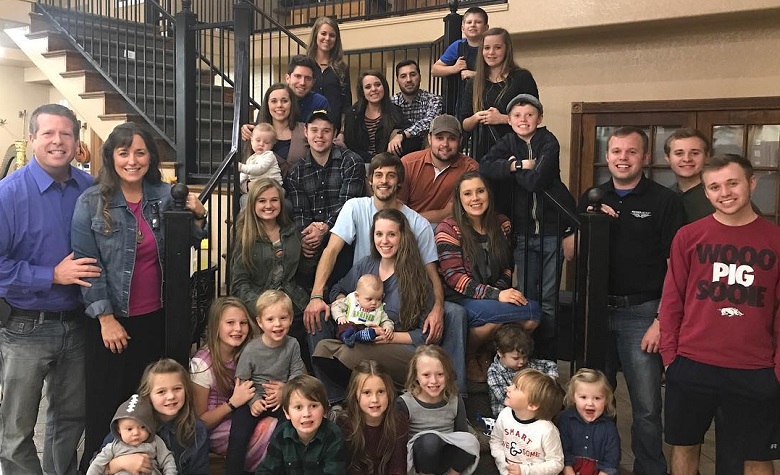 Counting On fans have seen Jim Bob Duggar and Michelle Duggar’s children get married throughout the years. TLC has also documented some of the weddings back in the day. Unfortunately, the recent weddings are kept private after TLC cut ties with the family. Apparently, Josh Duggar’s CSAM arrest left TLC with no choice but to cancel the family’s reality show.

However, despite getting canceled, the Duggars are still following some of their traditions. Some of these traditions seem questionable. This is especially true when it comes to getting married at a very young age.

Counting On: Fans Question Young Marriage In The Family

Counting On fans took Reddit to discuss the young marriages in the Duggar family. According to some, they find it odd that some of the Duggars get married so fast. Fans also question the time they spent getting to know each other. Some even point out Justin Duggar getting married to Claire Spivey at the age of 18. Meanwhile, some think that the Duggar family’s beliefs have something to do with their early marriages and rapid reproduction.

“Churches push early marriage to continue the indoctrination. The faster you keep the fundie narrative train rolling, the less time an individual has to question things and have “worldly” experiences that may pull them from the faith,” another person adds.

Counting On fans are also speculating that some of the Duggars are getting prepared for courtships due to the trend of getting married at a very young age. It seems to be time for Jennifer Duggar and Johannah Duggar to start courting.

At this point, Jim Bob Duggar and Michelle Duggar have yet to share updates about Jennifer and Johannah. However, fans noticed that they’ve been traveling a lot lately. According to some, it’s possible that Jim Bob and Michelle are now looking for possible courters for the two.

Counting On: Jana Duggar Remains The Oldest To Remain Single

Right now, Counting On star Jana Duggar remains the oldest Duggar to remain single. Fans are also having a hard time getting updates from Jana due to her sudden absence on social media. There are reports stating that she’s been focusing more on looking after her younger siblings. However, fans think Jana shouldn’t let herself stay single and be the caretaker of the Duggar family forever.

There are rumors stating that Jana had a secret relationship with Stephen Wissmann. But their rumored relationship disappeared after Josh Duggar’s CSAM arrest.