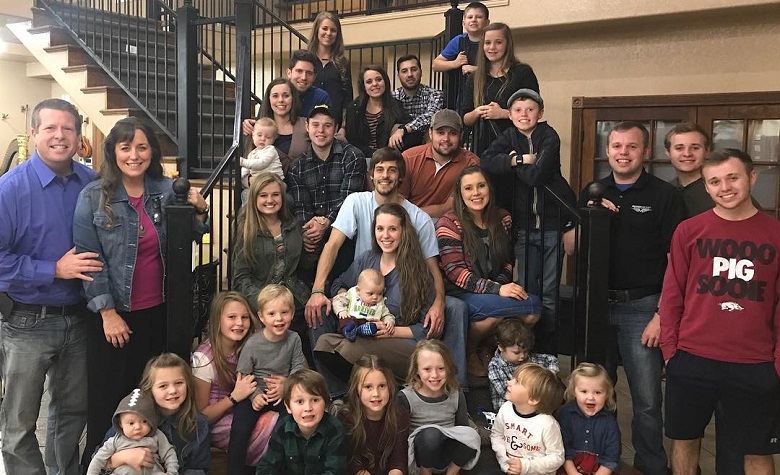 Counting On fans have seen some of the Duggars get married at very young ages. One of them is Justin Duggar, who married Claire Spivey at 18. Fans even noticed that some of the Duggars are starting to enter courtship and get married much faster than usual. It even got many worried as they don’t seem to have time to get to know each other. However, it seems that the family will keep going with their traditions and fans are already predicting who’s next. Apparently, some of the Duggar children are turning 18 soon and fans think that they already have plans on entering courtships.

Counting On: Fans Think Jackson Duggar & Johannah Duggar Are Next

Counting On fans took Reddit to discuss who’s the next possible Duggar to enter courtship. According to some, Jackson Duggar will be 18 this year and it’s possible that he’s going to enter a relationship right away. Apparently, fans have been noticing that some of the Duggars are entering courtship and getting married earlier than usual. Others also pointed out that Johannah Duggar will turn 18 next year, and many think that she’ll enter courtship early. There are also rumors stating that Johannah is already being courted. However, Jim Bob Duggar didn’t allow it due to her young age. Meanwhile, fans think that there’s a high possibility that Johannah is already planning on leaving the family due to the controversies that they faced throughout the years.

Aside from her possible early courtship, Counting On fans also pointed out how Johannah Duggar is looking a lot like her sisters, Jana Duggar and Joy-Anna Duggar. “Her left eye and both cheeks are all Jana. The rest is Joy,” one person said. “I was gonna say she looks like Jana and Jessa smoosh but I can see that too!” another person added.

Meanwhile, fans can’t believe how fast the Duggar kids grow. Some even recalled the time when they watched Johannah at a very young age during their time with TLC. “Now I feel old. I remember when they were like 5,” another person added.

Counting On: Fans Want The Duggar Kids To Be Free

Counting On fans have seen the Duggars face so many controversies in recent years. Aside from Josh Duggar’s CSAM arrest, there were also reports exposing the dark secrets of the family. It also appears that the number of people wanting to bring down the Duggars is increasing. There are also reports talking about Jim Bob Duggar and Michelle Duggar’s poor parenting and controlling behaviors. Due to this, fans think that some of the Duggar kids should set themselves free as early as possible.

At this point, Jim Bob and Michelle have yet to share their comments regarding the claims against them. They’ve been silent on social media for a while as well, and fans think that it has something to do with Josh’s CSAM arrest.