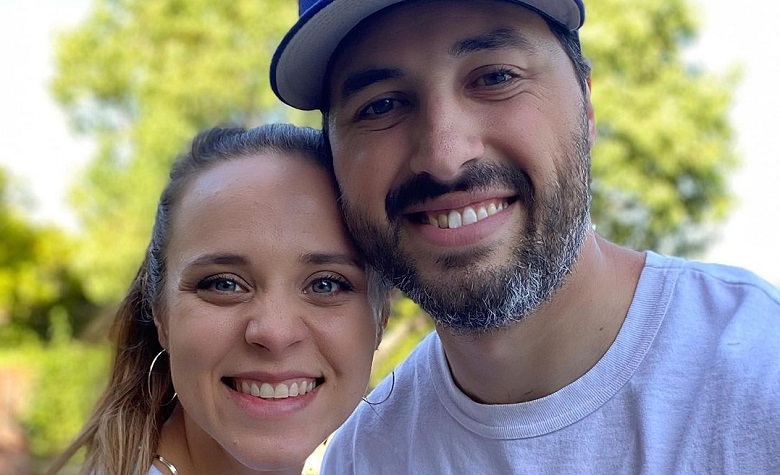 Counting On stars Jinger Duggar and Jeremy Vuolo have been busy making vlogs over the past few weeks. So far, the two have already released 4 vlogs on their YouTube channel. Fans also noticed that Jinger has been showing everyone a new version of herself. According to some, it’s clear to see that Jinger is no longer some of the Duggar family’s traditions, especially when it comes to the way she dresses. Jeremy also took social media recently to share an unrecognizable picture of Jinger and fans are loving it.

In a social media post, Counting On star Jeremy Vuolo shared a picture of his wife, Jinger Duggar. “Summa summa summatime,” Jeremy captioned. It appears that Jinger and Jeremy are enjoying the summer in Los Angeles. Some fans also took Jeremy’s comment section to talk about how unrecognizable Jinger looks in the picture. According to some, the pants and oversized shirt made Jinger look so different from the Duggars back in Arkansas. “I love seeing you be yourself and not who other people want you to be!!! Very beautiful,” another fan added. Meanwhile, some are amazed that Jinger is still loved by her family despite the big changes in her lifestyle since moving to L.A.

Jinger also took social media to share a glimpse of their upcoming children’s book, You Can Shine So Bright! She even praised the artist of their book. “Here’s a little sneak peek into our kid’s book. Isn’t @nyha_graphics an amazing artist?!” Jinger said. “She did a remarkable job on these illustrations. We could not be happier with how this turned out!” she added. Fans are also glad that Jinger shared some of the pages of their upcoming book. Some even said that it encourages them to buy the book for their children. “Awww, this looks so beautiful and the words are wonderful!! Can’t wait to get it for my kiddos!” one fan said. “I love it, now I want to read the whole story to my children!” another fan added.

Counting On: What’s The Next Vlog Of Jinger & Jeremy?

At this point, Jinger Duggar and Jeremy Vuolo have yet to share what’s going to be in their next vlog. However, fans noticed that they travel a lot during their vlogs. Due to this, fans can expect that Jinger and Jermey’s next vlog will still feature their exciting adventures. Meanwhile, some fans are hoping that the two will also share more updates about their kids in their future vlogs.

Jinger and Jeremy showed off their creativity in their most recent vlog after designing several shirts. Fans also noticed that Jinger looks so happy in Los Angeles, which is a lot different compared to her life back in Arkansas.