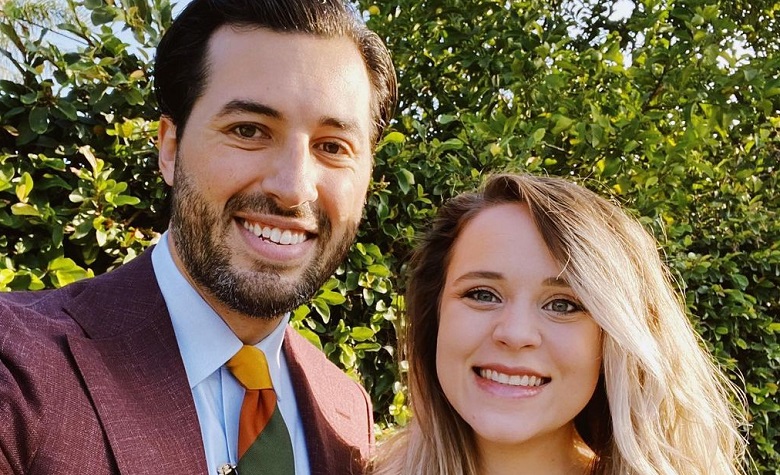 Counting On star Jinger Duggar has been keeping in touch with the fans lately. Most of the time, Jinger shares her outdoor activities with Jeremy Vuolo. It also appears that the two are focusing more on living a healthy lifestyle. Apparently, fans noticed that Jinger and Jeremy have been working out lately.

Meanwhile, some are glad that they’re finding new ways to share updates about their family. One of which is vlogging. So far, Jinger and Jeremy have already released two episodes on YouTube, and fans can’t wait for them to release a new one. Now, Jinger is back to share another update for the fans. However, this time, Jinger shares an adorable throwback picture with Jeremy.

In a social media post, Counting On star Jinger Duggar shared a throwback picture with her husband, Jeremy Vuolo. It appears that the picture was taken way back during the early days of their relationship. It’s also noticeable how their way of clothing changed dramatically throughout the years.

Meanwhile, fans are impressed by the couple’s changes throughout the years. Not just in the way they dress, but also in their behavior. According to some, Jinger and Jeremy changed a lot since moving to Los Angeles.

They’ve been doing “worldly” things that are rarely done by her siblings back in Arkansas such as partying with their friends, collecting an expensive shoe brand, and traveling a lot with their kids.

Counting On star Jeremy Vuolo also took to social media to share a teaser from their upcoming vlog. According to Jeremy, their upcoming episode will feature their fishing day. It also appears that it’s going to be all about the sea. It’s unclear if their kids will be featured in the upcoming vlog. However, fans are not losing hope that Jinger and Jeremy will eventually share major updates about their daughters.

Counting On: Felicity Is Now Taking Pictures Of Her Parents

Counting On star Jinger Duggar also revealed that her daughter, Felicity, has been taking pictures of them lately. Jinger even shared one of the pictures that Felicity took recently. According to fans, Felicity has a nice touch in photography.

“WOW! Felicity did such a great job taking this picture. Future professional photographer,” one fan said. “Felicity is a pretty good photographer!” another fan added.

Unfortunately, Jinger didn’t share a picture with her daughter. But some already expected it as Jinger and Jeremy Vuolo prefer to keep things private when it comes to their kids.

It’s clear to see that Jinger and Jeremy are living their best lives in Los Angeles. Fans are also glad that they’re living a happy life amid all the controversies that the Duggar family has been facing due to Josh Duggar’s CSAM arrest.