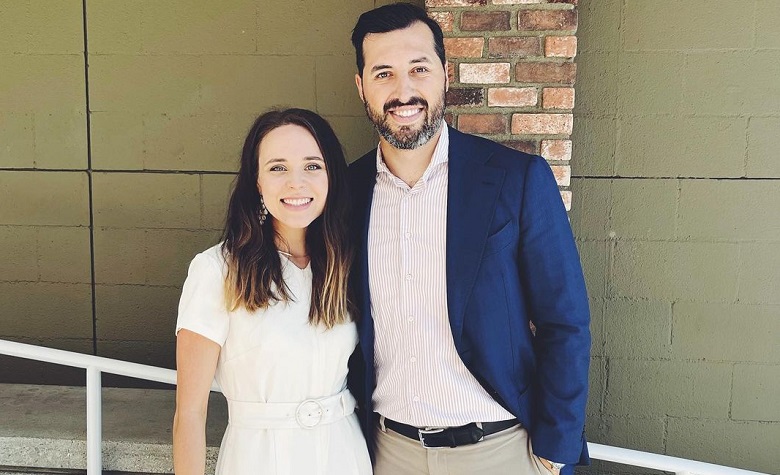 Counting On star Jinger Duggar has been keeping in touch with the fans lately. Most of the time, Jinger shares adorable updates about her family. Jinger has also been busy with her latest project with Jeremy Vuolo, which is vlogging. The two have already released two episodes, and fans can’t wait for more.

It also appears that Jinger and Jeremy are becoming more transparent when it comes to their daughters. But it’s not the only thing fans noticed lately. According to some, it seems that Jinger is starting to live an expensive lifestyle in Los Angeles, which is far from what they used to in Arkansas.

Counting On fans have been noticing Jinger Duggar’s expensive lifestyle lately. Aside from wearing high-end clothing, fans also noticed that she barely repeats a dress. According to some, it might be a clear indication that she shops a lot with Jeremy Vuolo.

It also appears that she has fallen in love with a certain popular shoe brand lately, and fans think that it’s one of the most expensive hobbies they’ve ever seen from a Duggar.

Fans believe that Los Angeles changed Jinger’s lifestyle a lot. But despite the big changes in her life, it seems that she still has the family’s support. Fans are also hoping that the Duggars will do the same treatment to the other family members who live far from Arkansas.

Counting On star Jeremy Vuolo also took to social media to share a stunning picture of Jinger Duggar. According to some, Jinger is looking physically fit lately. Fans also think that it’s a result of her healthy lifestyle with Jeremy. Fans also took Jeremy’s comment section to talk about how gorgeous Jinger looks. “She’s so incredibly beautiful! I bet she has a heart of Gold too!” one fan said. “She looks beautiful and happy,” another fan added.

At this point, Counting On stars Jinger Duggar and Jeremy Vuolo have yet to share when will they upload their next vlog. However, fans are already speculating what would be the storyline of their upcoming vlog.

According to some, it’s possible that Jinger and Jeremy’s next vlog will focus more on their family, especially the kids. Apparently, fans noticed that the two have been sharing pictures and clips of their daughters lately. Despite facing backward, fans believe it’s a sign that the two are finally becoming more open when it comes to their daughters.

It’s clear to see that Jinger is now living her best life in Los Angeles. Fans also think that she’s starting to become an inspiration to some of her siblings to start living their best lives without thinking about the negativities surrounding them.