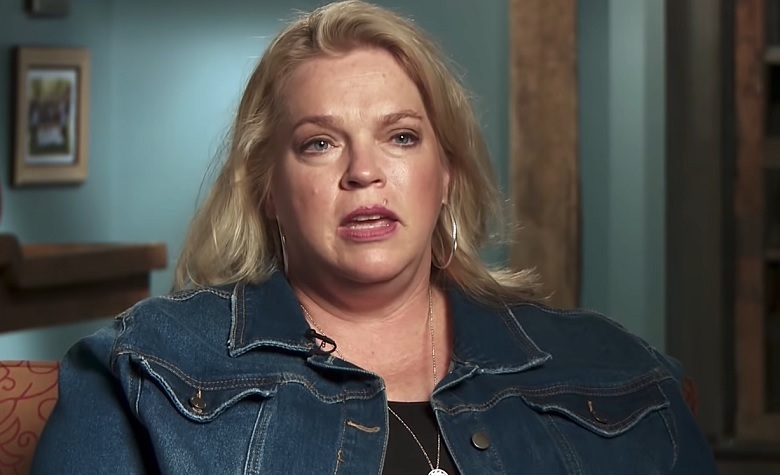 Sister Wives star Janelle Brown has been keeping in touch with the fans lately. Most of the time, Janelle shares her bonding time with her kids. She’s been promoting her healthy lifestyle as well. Fans are also glad that Janelle has been going strong with Christine despite the latter’s decision to leave the plural family last year. The two even paired up to promote the same diet product, and fans think that their healthy lifestyle has been paying off well. Now, Janelle is back to share another update for the fans. This time, Janelle impresses her fans after sharing her healthy dinner recipe.

In a social media post, Sister Wives star Janelle Brown shared a picture of her healthy dinner recipe. According to Janelle, it’s a combination o frozen riced cauliflower, peas, toasted sesame oil, leftover chicken, and coconut aminos. “A humble dinner. Saved me from take-out. Having pre-prepared or frozen veggies on hand is a lifesaver. Some days it is what makes it possible to get vegetables in at all,” Janelle added. Meanwhile, fans took Janelle’s comment section to praise her healthy recipe. Some even said that they’re willing to try it out as it looks so delicious. “Janelle a quick and nutritional meal that tastes great is a good thing,” another fan added.

Janelle Shares How Proud She Is With Her Diet Journey

It’s clear to see that Janelle is focusing on living a healthy lifestyle. She even took social media recently to share the progress of her diet journey. According to Janelle, Plexus played a huge role in her healthy life. Despite the company’s controversies throughout the years, it appears that Janelle still believes that their products have been helping a lot in her journey. Janelle also said that she will take things slow and steady when it comes to her healthy lifestyle.

Sister Wives: Nobody Supports Janelle Brown In The Plural Family?

At this point, nobody in the plural family has acknowledged Janelle’s healthy lifestyle except Christine. However, Christine’s support for Janelle only started when they paired up after she left the plural family. Due to this, Sister Wives fans think Kody, Meri, and Robyn are actually not amused by Janelle’s recent journey. Some also believe that Kody is just letting his wives do whatever they want as long as he’s with his favorite wife, Robyn.

It’s clear to see that things are still not looking good in the plural family. But fans are glad that each of Kody’s wives is finding ways to keep themselves happy amid his absence.