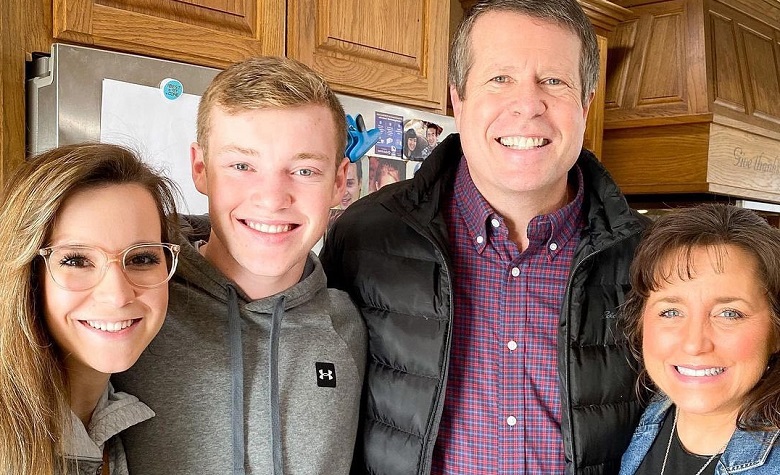 Counting On fans have been keeping their eyes close to the Duggar family lately. Apparently, they believe that there might be more pregnant Duggars than Abbie Duggar. Several Duggars have already given birth in recent months such as Jessa Duggar, Jill Duggar, and Katey Nakatsu. However, fans think that there are more Duggars that are possibly pregnant at this point. Fans also think that it’s one of the main reasons why they’ve been silent on social media lately.

Counting On star Joy-Anna Duggar has been creating tons of pregnancy rumors lately. Apparently, it all started when Joy-Anna suddenly became inactive on social media. Yet fans often spot her in her friends’ and relatives’ online posts. According to some, most of Joy-Anna’s recent pictures show what seems to be a baby bump. She was even spotted in a picture with her pregnant friends and in-laws. Now followers think it’s a group photo for pregnant women. At this point, nobody in the family has yet to confirm if Joy-Anna is pregnant. Fans are also hoping that she’ll finally return to social media and give updates about her family.

Counting On fans also think that Justin Duggar’s wife, Claire Spivey might be expecting. The two have been inactive on social media for quite some time and fans are starting to think that they’re keeping things private about their possible first child. Fans also pointed out that it’s been a year since the two got married, and having no kids for quite some time isn’t common in the Duggars. However, some fans think that Justin no longer wants to follow the Duggar family’s tradition and wants to live a enjoy his time with Claire before starting a family.

At this point, Jim Bob and Michelle have yet to share why they’ve been out of sight when it comes to their newborn grandkids. Meanwhile, some believe that their sudden online absence is due to the criticisms they’ve been facing since Josh Duggar’s CSAM arrest.