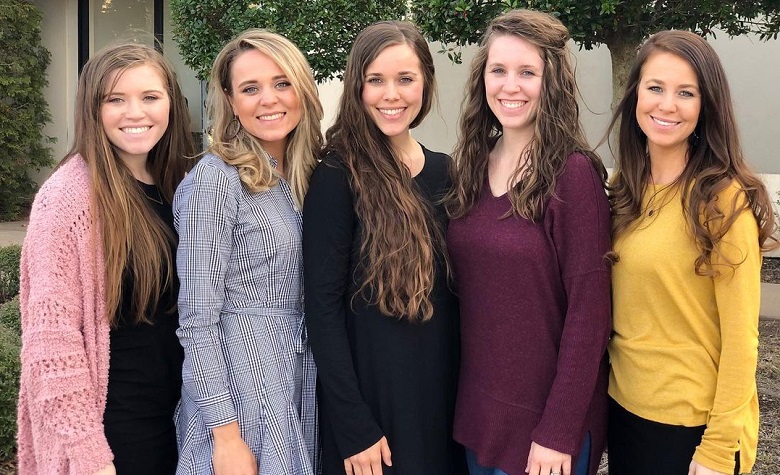 Counting On fans have been noticing the silence of the Duggar family when it comes to Jill Duggar’s newborn son, Frederick Michael Dillard. It even resulted in rumors that Jill is still having feuds with some members of the Duggar family, especially with her parents. However, it seems that it’s not actually the case. Apparently, Jeremiah Duggar’s wife, Hannah Duggar, recently took to social media to share that almost everyone in the family congratulated Jill on her third son.

Counting On: Hannah Duggar Shares Why Nobody Talks About Jill Duggar’s Newborn Son

Counting On fans took to Reddit to discuss a screenshot of Hannah Duggar’s recent conversation with a fan regarding the family’s silence regarding Jill Duggar’s newborn son, Frederick Michael Dillard. According to Hannah, pretty much everyone in the family congratulated her sister-in-law. She also made it clear that most of the greetings were just through texting, which explains why most of the Duggars have been silent on social media.

Hannah messaged Pickles commenting on her post about no one talking about Freddy Dillard. from DuggarsSnark

Hannah also said that Frederick is such a cute baby and she’s excited for Jill and her family. Some believe that the Duggars want to keep things private when it comes to Jill. Others are also glad if the Duggars truly congratulated Jill even if it’s not on social media.

Counting On star Jessa Duggar has been trying her best to defend her sister Jill Duggar as well. Apparently, Jessa recently went off on a fan trying to ask the whereabouts of Michelle Duggar during Jill’s baby shower.

According to Jessa, most of the Duggars weren’t able to make it due to their busy schedules. However, she made it clear that Jill has the family’s support. Some fans praised Jessa for standing up for her sister.

Meanwhile, fans are hoping that Michelle and Jim Bob Duggar will finally surface to acknowledge their new grandson.

At this point, Counting On star Jill Duggar is still silent on social media. Her last social media post is still about her baby bump, which is already outdated as she has already given birth to her third son. It’s unclear why Jill has been out of sight lately. But fans think that she’s just trying to focus more on her kids. Jill has yet to share her comments about the rumors that she’s being snubbed by the Duggars as well. Meanwhile, fans are hoping that Jessa’s statement about Jill having the support of the family is true.

It’s clear to see that the Duggars are facing tons of controversies since Josh Duggar’s CSAM arrest. Fans also think that it plays a big role in why Jill has been stepping away from the online world.