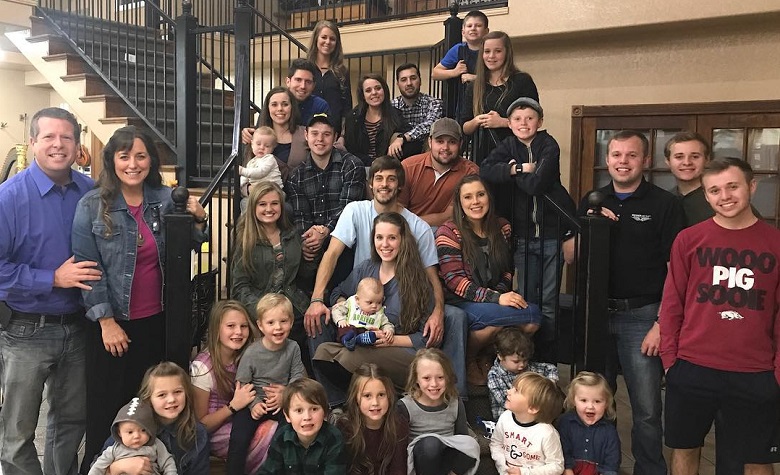 Counting On star Jill Duggar has been making headlines after giving birth to her third son, Frederick Michael Dillard. Fans have been celebrating with Jill. Despite her recent online absence, fans have left positive comments on her last post. Fans are also glad Jill had healthy labor despite giving birth earlier than expected. However, fans quickly noticed that the Duggars have been silent since the arrival of Frederick.

Counting On fans have been noticing the awkward silence of the Duggar family since Jill Duggar’s birth to Frederick Michael Dillard. According to some, it seems that most of the Duggars snubbed the arrival of Jill’s third son.

Apparently, Jim Bob and Michelle Duggar usually celebrate whenever a new family member is born. There are also times when they hold big family gatherings to celebrate someone’s birth. Due to this, fans find it odd that almost nobody in the Duggars congratulated Jill online.

Some fans also think that it’s a clear indication of Jill’s struggling relationship with the Duggar family. However, others are hoping that this won’t create another feud as Jill already stated that they’re heading towards healing.

It’s been quite some time since Counting On star Jill Duggar last posted on social media. Apparently, her last post was about showing off her baby bump while doing some laundry. Since then, Jill hasn’t kept in touch with anyone online. Jill only made an online comeback on their official website to announce the arrival of their third son.

Meanwhile, some fans think that Jill’s absence is due to her busy life before and after the arrival of her third son. It’s known that Jill and her family recently moved into a new house to adjust to Derick Dillard’s new job. Others also believe that Jill has been taking care of her kids lately while Derick is out for work, leaving her no time for social media.

Counting On star Jessa Duggar also went headlines after going off on a fan during Jill Duggar’s baby shower. According to Jessa, she’s upset that a lot of people think that Jill has been left out by the Duggars, especially her parents. She also made it clear that a lot of their siblings weren’t able to make it to Jill’s baby shower due to their busy schedules. She also said that Jill has the family’s support and not making it to her baby shower doesn’t mean they don’t care for her.

At this point, Jill has yet to share her comments regarding Jessa’s statements about her relationship with the family. But fans are hoping that most of the Duggars are indeed in touch with Jill despite being estranged from the family for years.