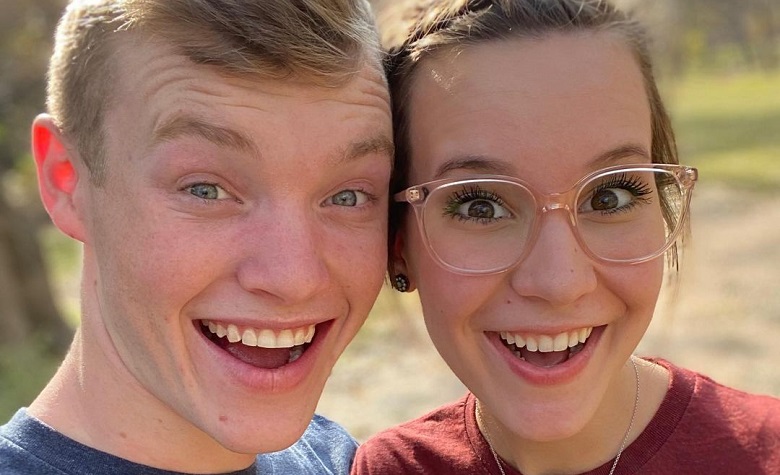 Counting On fans have been keeping their eyes close to Justin Duggar and Claire Spivey for quite some time now. Apparently, fans have been speculating that Justin and Claire will announce a pregnancy soon. However, the two have been proving the rumors wrong. Justin and Claire have been posting pictures together. Most of the time, the two share their recent travels and morning dates. Now, fans shared their thoughts regarding Claire and Justin’s record-breaking achievement of having no child after 1 year of marriage.

Counting On: Fans React To Justin Duggar & Claire Spivey’s 1 Year Of Marriage Without A Child

Counting On fans took Reddit to share their thoughts about Justin Duggar and Claire Spivey still having no child after 1 year of marriage. Apparently, many are impressed by the two as they didn’t follow the Duggar family’s tradition. “I’m so glad. They are still children themselves. I hope they take several years to get to know each other better and decide when it is time for a baby,” one person said. “Good for them if it’s by choice. They are so young,” another person added. Meanwhile, some pointed out the previous rumors about Claire’s pregnancy. According to some, there’s still a possibility that the two are just hiding it to prepare for a big announcement. Others also noticed how inactive the two have become over the recent months, suggesting that they might be hiding something.

Counting On stars Justin Duggar and Claire Spivey have been enjoying their marriage lately. The two love to share their dates and visits to the Duggar compound. Justin and love to share their outdoor activities. It’s clear to see that Justin and Claire are enjoying their lives as a young married couple. Fans also think that it’s one of the main reasons why the two haven’t announced a pregnancy yet. Fans are also hoping that the two will continue to enjoy their lives and prepare themselves before starting a family.

Counting On: Justin Duggar No Longer Wants To Follow The Duggar Family’s Tradition?

Counting On fans also think that Justin Duggar no longer wants to follow the Duggar family’s tradition. According to some, it’s noticeable how Justin allows Claire Spivey to wear pants all the time, especially during their dates. Fans also think that Justin intended to live far from the Duggars to live a new lifestyle with Claire. However, Justin is still on good terms with his family. Due to this, fans can still expect Justin and Claire to pay a visit to the Duggar compound from time to time.

At this point, Justin has yet to open up about the rumors about his wife’s pregnancy. However, fans are starting to believe that they’re still trying to enjoy their marriage before starting a family.