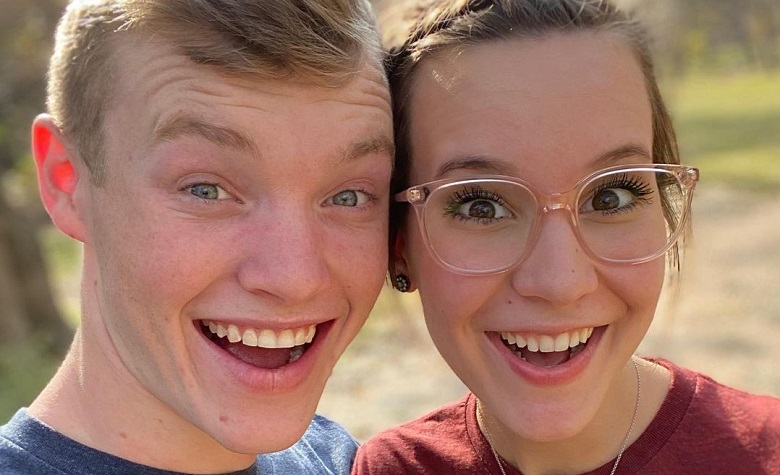 Counting On fans have been keeping their eyes close the Justin Duggar and Claire Spivey. Apparently, fans are expecting that the two will announce a pregnancy this year. However, it’s been months and they remained silent about it. According to some, Justin and Claire have been busy saving enough money before starting a family. Fans also noticed that Justin has been busy hustling as well. He even purchased a new flipper house in Texas, and fans think that it’s going to help them start a family. Now, Justin and Claire took social media to share a hint that a big announcement is coming.

In a social media post, Counting On star Justin Duggar told the fans that they’re about to reveal something big tomorrow. “Hey y’all! Stay tuned tomorrow, as Claire and I release a much-requested video!” Justin said. The two didn’t exactly reveal what they’re going to announce. It’s also unclear what is the much-requested video that Justin was talking about. According to some, it may be a video from their Texas home. Others also speculated that it may be a video from their wedding. However, some think that it’s more than that, and it’s something that fans have been waiting for.

Counting On: Hilary Spivey Turned Off Her Comment Section Before Justin & Claire’s Announcement

Counting On fans have seen Claire Spivey’s mother, Hilary Spivey, reveal shocking details about the Duggars, especially when it comes to Claire and Justin Duggar. Due to this, fans hoped that Hilary would answer their questions regarding Justin and Claire’s much-requested video. However, Hilary turned off her comment section, which may be a hint that she doesn’t want to spoil things for everyone.

At this point, Hilary has yet to share why she suddenly turned off her comment section. However, fans believe that everything will go back to normal once Justin and Claire finally reveal the much-requested video. Is it going to be a pregnancy announcement?