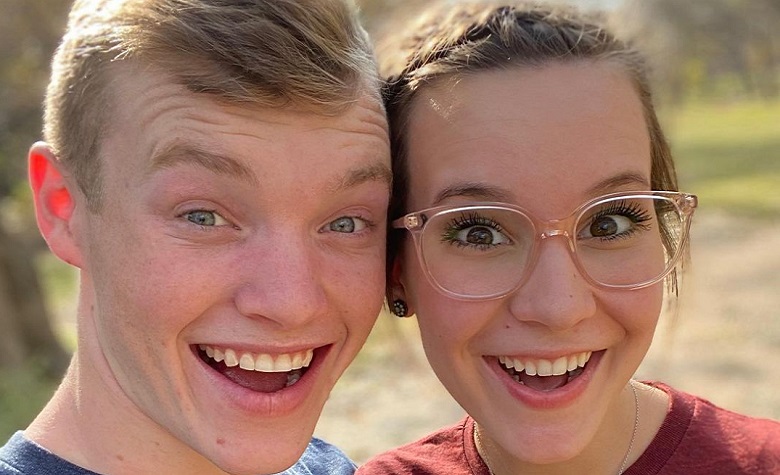 Counting On star Claire Spivey has been a hot topic on social media lately. Apparently, fans think that she’s now pregnant but wants to keep it private. However, fans kept finding clues about her pregnancy. One of which is the sudden removal of a fan comment on Joy-Anna Duggar’s post congratulating Claire for her pregnancy. Now, Claire just shared a new sweet picture with her husband, Justin Duggar, amid her pregnancy rumors.

In a social media post, Counting On star Claire Spivey shared sweet pictures with her husband, Justin Duggar, during their Sunday date. It’s unclear where the couple went. However, fans loved that the two can do anything they want without the strict rules of Jim Bob Duggar and Michelle Duggar. Apparently, Justin has been allowing Claire to do things that are against the conservative rules of the Duggars. One of which is allowing Claire to wear pants.

The Sunday date of Claire and Justin also comes after rumors claimed that Claire is already pregnant. At this point, Claire has yet to confirm if she’s indeed pregnant. It also appears that Claire’s mother, Hilary Spivey, still has no words about it yet. Apparently, Hilary is known to be the one who spoils the big news inside the family. Due to this, her silence about Claire’s pregnancy might indicate that they’re not expecting a baby just yet.

Why Fans Think That Claire Is Already Pregnant

Counting On fans expected that Claire Spivey and Justin Duggar will announce pregnancy right after their wedding. However, it’s been months and the two still haven’t shared an update. Meanwhile, fans still insist that Claire is already pregnant. Apparently, it all started when Joy-Anna Duggar deleted a fan comment on her recent post congratulating Claire for her pregnancy. According to some, it’s an indication that the Duggars are hiding Claire’s pregnancy to prepare for a big surprise for the fans.

Counting On: How Is Justin Duggar’s Career?

Counting On star Justin Duggar previously went headlines after flipping a mobile home for $195,000. Apparently, Justin followed his father’s real estate career. At this point, Justin has yet to share if he’s working on new projects. Meanwhile, Claire is currently working as a secretary on their family business, Spivey Construction. Claire also talked about creating their own brand. However, it may take some time before the two share updates about it. On the other hand, fans are still hoping to see more storylines of Justin and Claire if ever TLC won’t cancel the show due to Josh Duggar’s child porn arrest.