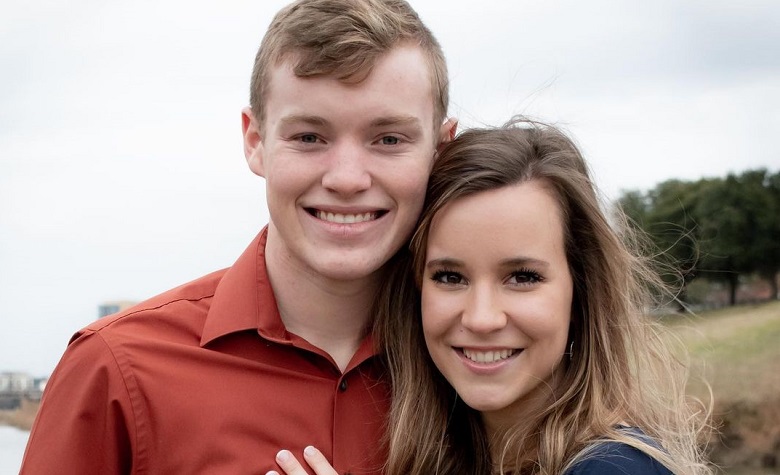 Counting On fans have been keeping their eyes close to Justin Duggar and Claire Spivey. Apparently, reports claimed that Claire might be pregnant, and fans think that it’s very possible. It all started when Claire commented in one of the posts of her sister-in-law, Joy-Anna Duggar. After that, eagle-eyed fans quickly noticed some strange activities in the reply section of Claire’s comments, which might indicate that she’s indeed pregnant. Justin and Claire have been inactive on social media lately. Claire’s last post was her sweet Texas date with Justin. However, fans think that Claire and Justin’s sudden inactivity is due to their preparation for a big announcement.

In a social media post, Counting On star Joy-Anna Duggar shared a sweet picture of her carrying her daughter Evelyn. Moments later, Claire Spivey commented on the adorable post. “Such a precious photo!!” Claire said. After that, a fan suddenly replied to Claire’s comment congratulating her for her pregnancy. “Congratulations! I know it’s not officially announced but I hope you are feeling super good,” the fan said, followed by a baby emoticon with clapping hands. However, eagle-eyed fans quickly noticed that the comment was quickly removed from Joy-Anna’s post. Since then, fans think that there’s a possibility that the Duggars are hiding Claire’s pregnancy.

Will Justin & Claire Follow Traditional Parenting Of The Duggars?

Counting On fans are curious if Justin Duggar and Claire Spivey will follow the traditional parenting styles of Jim Bob Duggar and Michelle Duggar. Apparently, the Duggars are known for their conservative beliefs. Jim Bob also has a lot of rules, especially for his daughters. One of which is restricting them from dress or clothes in a revealing manner. Jim Bob also monitored the TV shows that his kids are watching. The Duggars also follow a strict tradition of homeschooling.

Now, fans have seen Justin allowing Claire to do things that are against the strict rules of the Duggars. At one point, fans saw Justin allowing Claire to wear pants. However, wearing pants is becoming a normal thing inside the Duggar family lately. Meanwhile, Jill Duggar has enrolled her son, Israel, in a public school instead of their traditional homeschooling, which can become an inspiration for Justin and Claire in the future.

Counting On fans have seen several members of the Duggar family sharing updates about their pregnancy. One of them is Jessa Duggar, who recently took YouTube to answer several questions about her pregnancy. Anna Duggar also went headlines after announcing that they’re expecting a baby girl days before her husband, Josh Duggar, got arrested for possessing child pornography. At this point, fans can only hope that Justin and Claire will share updates soon.