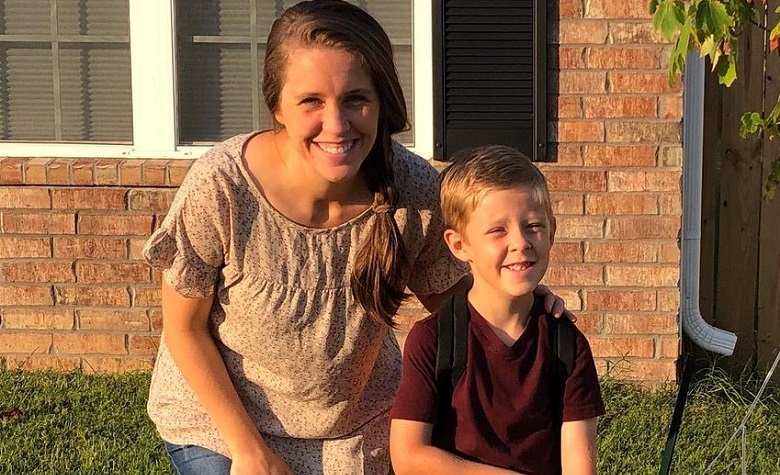 Counting On star Jill Duggar has been busy lately after her consecutive days of celebrating her 30th birthday. After her long birthday celebration, Jill puts her focus on her growing her garden. Now, Jill is celebrating once again after sharing an incredible milestone of her son, Israel. Apparently, Israel just finished kindergarten. However, Jill revealed that Israel just achieved a gold level on his behavior points, something that every parent should be proud of. Moments later, Jill revealed that Israel did another surprising achievement on the last day of his kindergarten.

In a social media post, Counting On star Jill Duggar shared a picture of Israel celebrating his last day of kindergarten. “Last day of Kinder!!” Jill captioned. After that, Jill explained that the “Principle Prize Patrol” showed up to celebrate Israel for reaching gold on his behavior points. The “Principle Prize Patrol” also gave Israel a box of pizza to celebrate his achievement. Jill has been praised for her parenting styles over the years. Israel’s latest achievement clearly shows that Jill is a good parent. It also appears that Israel loves studying like his father, Derick Dillard, who recently graduated from law school.

After sharing Israel’s last day in his kindergarten, Counting On star Jill Duggar shared another achievement of her son on the same day. Apparently, Israel lost his first tooth on the last day of his kindergarten. Jill also shared a picture of Israel holding the plastic pouch that contains his tooth. “Then he was so brave and asked Derick to help him pull his very first tooth that was just barely hanging on!” Jill said. This wasn’t the first time that a Duggar shared a cute moment of their kids losing their tooth. At one point, Jessa Duggar shared a wholesome clip of Spurgeon losing his first tooth during their recent family vlog.