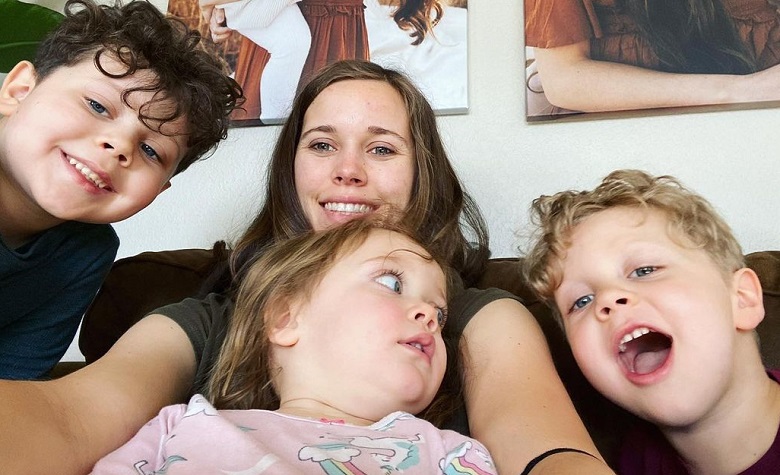 Counting On star Jessa Duggar just shared a wholesome milestone of her son, Spurgeon. Jessa’s updates also come after her heartfelt message to her husband, Ben Seewald for his birthday. Meanwhile, fans are happy that Jill Duggar is trying to connect to her sisters by commenting on Jessa’s recent post. Fans were also left in awe in Jessa’s latest family vlog as Spurgeon can’t seem to stop talking about his latest achievement.

In a YouTube post, Counting On star Jessa Duggar shared the latest milestone of her son, Spurgeon. Apparently, their latest family vlog focuses on Spurgeon getting his first tooth removed. However, they didn’t go to a dentist. Instead, Spurgeon “accidentally” removed it by himself. During the video, Spurgeon carefully explained the current situation about his front tooth being wiggly. “We were going to the butchers to get some meat but all of a sudden it hurt my tooth and when we got home I found out it wiggled,” Spurgeon said. “I wiggled it with my fingers, and then went to the mirror and sure enough, it’s loose!”, he added.

Days later, Jessa revealed that Spurgeon accidentally removed his front tooth. According to Jessa’s husband, Ben Seewald, they were just sitting at the table with Spurgeon when he spits something out and said, “Wait, my tooth!” After that, Spurgeon said that he’ll put it under his pillow to see if it’s going to be a dollar the next day.

Counting On star Jessa Duggar shared a short clip of her son, Henry, telling a story during their latest family vlog. Apparently, Henry was telling a story related to losing a tooth as his brother, Spurgeon, just lost one. “Then Spurgeon had a loose tooth just like Sal had a loose tooth”, Henry said. Later in the video, Henry talked to his mother and said that he has a wiggly tooth as well. Meanwhile, Jill Duggar mentioned that her son, Israel, is also dealing with a wiggly tooth. “Haha aww! Israel’s is pretty wiggly, but is still hanging on”, Jill commented on Jessa’s social media post. This wasn’t the first time Jessa shared cute moments with her kids. At one point, Jessa shared a clip of Ivy singing.

Counting On: Jessa’s Heartfelt Message To Her Husband

Counting On star Jessa Duggar recently went headlines after sharing a sweet message to her husband, Ben Seewald, as they celebrate his birthday. “You’re the greatest man we know, and it’s an honor and privilege to do life with you! Happy birthday, Love!”, Jessa said. Apparently, Jessa has been trying to spread positivity on social media by sharing wholesome pictures of her family, especially her kids. At one point, Jessa shared a messy playtime of Ivy where she scattered soil on their white carpet.