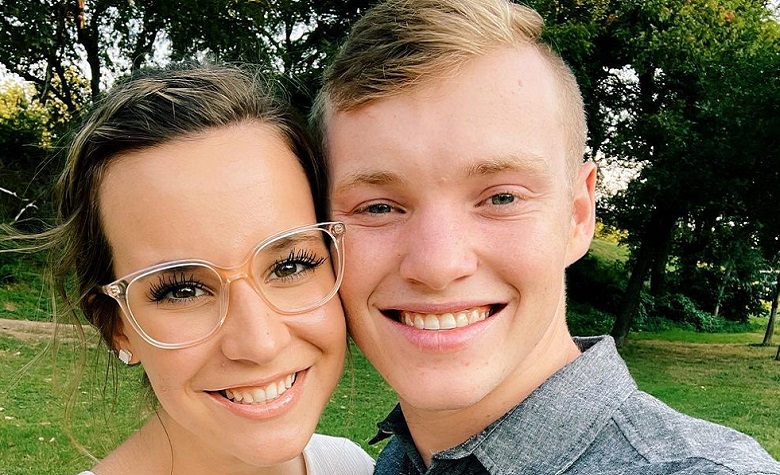 Counting On star Justin Duggar has been making headlines after reports claimed that he purchased a new house in Texas. According to reports, Justin bought a $134k fixer-upper home in Texas with his wife, Claire Spivey. At this point, Justin and Claire have yet to open up about their alleged new property. Fortunately for the fans, Claire’s mother, Hilary Spivey, is there to share some major updates.

In a social media post, Hilary Spivey shared a picture of her with Counting On stars Justin Duggar and Claire Spivey. However, it’s not just an ordinary post. Apparently, fans noticed that Hilary actually shared a piece of major information about Justin and Claire’s newly-purchased home in Texas.

“Quick stop to help Duddy load the dump trailer at his flipper house!” Hilary said. According to some, Hilary just confirmed that Justin and Claire didn’t buy a house. Instead, it’s just one of Justin’s flipper houses that he’s probably going to sell in the future. Apparently, Justin has made a lot of income through house flipping. At one point, Justin earned $195,000 after selling a house that Jim Bob Duggar have him for only a dollar.

Hilary Spivey’s post seems to confirm that Counting On star Justin Duggar is still hustling on real estate. Apparently, reports claimed that Justin quit his father’s real estate business and joined the Spivey Family’s construction business. Now, it appears that Justin is planning to make a huge profit from their new flipper house. However, there are reports stating that the flipper house still needs a lot of renovation.

Counting On fans have been speculating when will Justin Duggar and Claire Spivey announce a pregnancy. According to some, it’s going to happen soon as Justin doubles up his efforts on making extra income. According to reports, Justin and Claire are both working on the Spivey family’s construction business. Justin’s recent purchase of a flipper house also suggests that he’s also pursuing a big career in real estate.