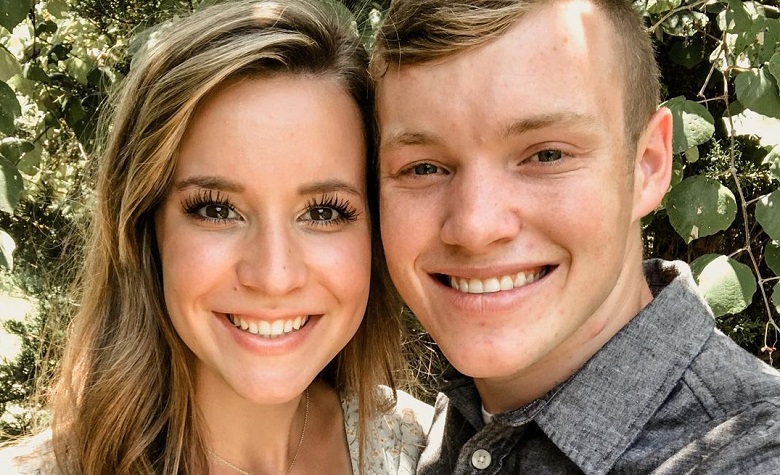 Counting On star Justin Duggar has been silent on social media lately. Some fans think that he’s been working on a new project from his real estate career. It’s known that Justin flipped a house and made over $195,000. Apparently, Justin sold the house that Jim Bob gave to him for $1. According to reports, Jim Bob gave the property to Justin so that he could stay in Arkansas. However, Justin decided to sell the property and move to Texas close to Claire Spivey’s family. Now, Justin finally surfaced seemingly showing that he’s now working with the Spivey family.

Counting On: Did Justin Duggar Ditch His Real Estate Career?

In a social media post, Counting On star Justin Duggar shared a picture of him with his wife, Claire Spivey. “Lunch breaks with her are always welcomed,” Justin captioned. However, Justin’s cap is noticeable in the picture. Apparently, Justin’s cap states Spivey Construction, which is the family business of the Spivey family. Due to this, fans think that he might be working with the Spivey family, especially now that he and Claire have settled in Texas.

It’s also possible that Justin might have ditched his real estate career with his father, Jim Bob Duggar, as flipping houses takes a while. Meanwhile, Spivey Construction mainly focuses on house renovation and the construction of different buildings. At this point, Justin has yet to confirm if he’s now working with the Spivey family. However, it’s highly possible as Claire also works in their family business as a secretary.

Justin & Claire Shying Away From The Duggars?

Counting On fans think that Justin Duggar and Claire Spivey are shying away from the Duggar family. Apparently, fans have seen how Justin allowed Claire to wear pants, which is against the strict conservative rules of the Duggar family. Fans also noticed that Justin and Claire didn’t attend the family reunion in the Duggar compound during Father’s Day. Fans also think that Justin has been planning on leaving Arkansas ever since he was a kid, which is why he decided to settle in Texas with Claire.

Counting On fans have been speculating that Claire Spivey might be pregnant. Apparently, it all started when a fan replied to Claire’s comment on Joy-Anna Duggar’s post suddenly congratulating her for her pregnancy. The fan’s comment was later deleted, which also made things worse as fans think that the Duggars are trying to hide Claire’s pregnancy. Fans also noticed that Claire has been hiding her tummy on her recent social media posts. At this point, Claire has yet to share if she’s indeed pregnant.