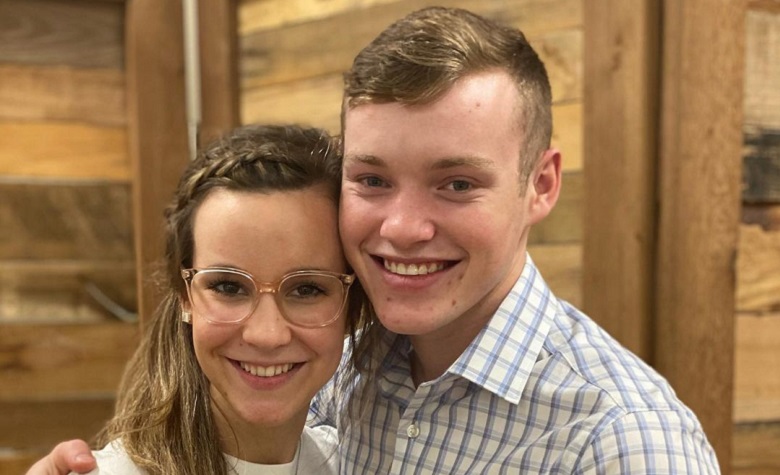 Counting On star Justin Duggar has been silent on social media lately after tying the knot with Claire Spivey. Apparently, fans have been speculating where will Justin and Claire settle. There are rumors stating that the two settled in one of the properties of Jim Bob Duggar. However, Justin previously made headlines after reports claimed that he sold the property that his father gave him for $1. Now, Justin and Claire finally announced where they’re currently living. The newlywed couple also shared what they’ve been doing so far after getting married.

Counting On: Where Is Justin & Claire Now?

During an interview, Counting On stars Justin Duggar and Claire Spivey shared several updates about themselves after their wedding. According to Justin, their wedding day was so awesome and memorable that he wishes to go back to that day every once in a while to experience it again. After that, Claire said that she’s very excited about the new chapter of their lives where they won’t be leaving one another again. “It’s been something that we’ve waited for”, Claire added.

After that, the two opened up about where they settled after their wedding. “We’ve decided to settle down in Texas, kind of around Claire’s parents in their hometown,” Justin said. This makes Justin the second Duggar to live outside of Arkansas. Apparently, Jinger Duggar is the other Duggar to live far from the family. She’s currently in Los Angeles with her husband Jeremy Vuolo and their kids.

Counting On stars Justin Duggar and Claire Spivey opened up about their married life during their interview. According to the newlywed couple, they’re still learning and discovering a lot of things about each other. Claire also revealed that she’s still getting shocked about her husband’s morning routines. According to Claire, there are times when Justin gets up late and starts panicking telling her, “Oh! I’m supposed to be out the door in ten minutes. Got to go!” Meanwhile, Justin revealed that Claire’s mornings are not complete without a cup of tea. “She always has to have her hot Earl Grey tea, and done a certain way, which I’m figuring out,” Justin added. The newlywed couple also revealed that they added bike riding to their hobbies.

Counting On: Fans Are Happy With How Justin Is Handling Their Marriage

Counting On fans reacted to how Justin Duggar is handling his marriage with Claire Spivey. In a Reddit post, a fan shared that they’re happy about Justin leaving the strict Duggar household. Fans are also impressed that Justin is allowing Claire to wear pants despite the strict dress codes of his family. Fans also believe that Justin looks a lot happier in settling with Claire in Texas. “It’s gotta say something that a majority of their kids that are married look 10000000x happier once out of that house,” One fan said.