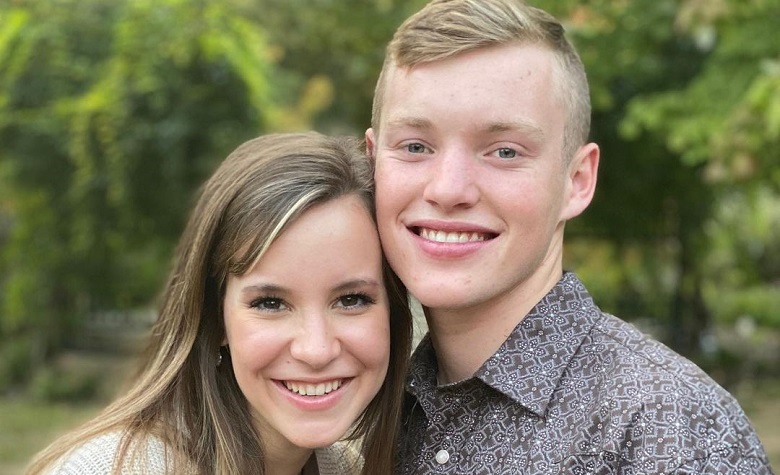 Counting On star Justin Duggar has been silent on social media lately after tying the knot with Claire Spivey. Since then, fans have been speculating where is the married couple living now. There are reports stating that the two married in Texas, which could mean that they will also settle in the same state.

At this point, Justin and Claire have yet to reveal where they’re living. However, Claire’s mother, Hilary Spivey, might have spoiled the news yet again. Apparently, Hilary recently shared a post-wedding picture of the couple and fans think that they have settled in Texas.

Counting On: Justin & Claire Might Be Living In Texas

In a social media post, Claire’s mother, Hilary Spivey, shared a post-wedding picture of the couple. Hilary’s post also comes after celebrating her birthday. “Had a wonderful birthday – always a blessed one when you get to spend it with family!”, she captioned.

After that, Counting On fans took Reddit to discuss if Claire and Justin Duggar are indeed living in Texas. Apparently, some fans think that the photo was taken inside in a house where the Spiveys live. “So does this confirm they are living in Texas?”, one fan said. “So I guess they live in Texas? They look pretty happy. Hopefully, we don’t get a pregnancy announcement soon”, one fan added. Fans are also surprised that Justin allows Claire to wear jeans despite the strict rules of his family.

Jim Bob Duggar Wants His Son To Stay In Arkansas

Counting On star Justin Duggar previously went headlines after buying a house from his father Jim Bob Duggar for only $1. Apparently, Jim Bob gave Justin the property as a gift for his wedding. However, fans think that it’s also Jim Bob’s way to force Justin to live in Arkansas.

Justin previously revealed that he plans to settle in Texas after marrying Claire Spivey. However, it appears that Jim Bob doesn’t like the idea of his son leaving Arkansas. Apparently, most of the Duggars live close to each other in Arkansas. At this point, only one Duggar lives far from the family, and that is Jinger Duggar, who’s currently living in Los Angeles with her husband Jeremy Vuolo and their kids.

Counting On: Justin Sold The Trailer

Counting On fans thought that Justin Duggar will settle in the $1 home he bought from his father. However, fans were surprised after Justin sold the property for $195K, which is a very good starting money for a newly-wed couple. However, this could also mean that Justin and Claire won’t be living in Arkansas. Meanwhile, fans are happy that Justin is following the real estate career of Jim Bob Duggar.