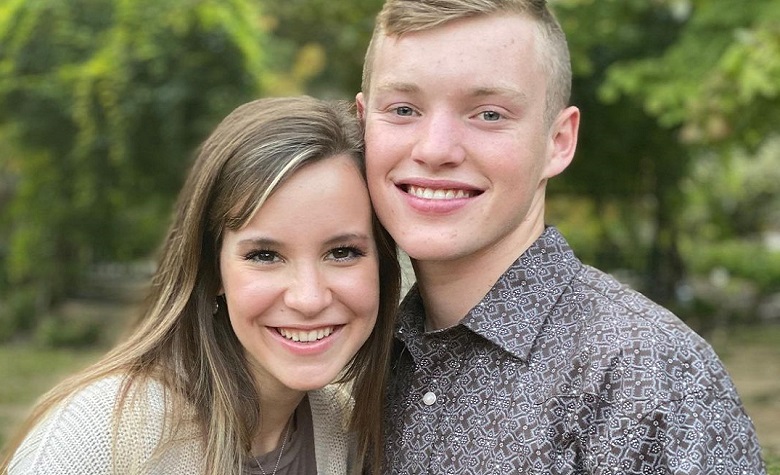 Counting On star Claire Spivey has been making headlines after rumors claimed that she’s pregnant. Apparently, fans think that Claire has been shying away from social media to keep her pregnancy a secret. Some even speculated that she’s hiding her tummy on most of her online photos due to her baby bump. Now, it appears that Claire is shutting down the rumors in her latest picture with her husband, Justin Duggar.

In a social media post, Counting On star Claire Spivey shared a sweet picture of her with her husband, Justin Duggar, as they head out for a dinner date. “We are enjoying summer evenings that bring a little more daylight! It calls for date night outside!” Claire said. The photo shows Claire showing off her slim tummy, showing no signs of a baby bump. Apparently, fans have been speculating that she might be pregnant as she kept on hiding her tummy in her recent posts. At this point, Claire has yet to share any updates if she’s pregnant or not. However, Claire and Justin have been enjoying their lives as a newlywed couple, and it seems that they’re still preparing themselves before they start a family.

Counting On fans have seen how the Duggars react when it comes to Claire Spivey’s rumored pregnancy. At one point, Joy-Anna Duggar immediately deleted a fan comment in her previous post congratulating Claire for her pregnancy. Since then, fans speculated that the family might be hiding Claire’s pregnancy to announce it in a bigger fashion. It’s known that pregnancy announcements are a big thing in the family. However, with the recent cancellation of their show, it appears that fans won’t be hearing any major updates from the Duggars anytime soon.

Counting On stars Justin Duggar and Claire Spivey are currently living in Texas close to Claire’s family. The two have been sharing sweet photos of them having dinner dates and visiting local parks. Meanwhile, reports claimed that Justin ditched his real estate career with Jim Bob Duggar to work with the Spivey family’s construction business. Justin also went headlines recently after he was visited by some of his brothers. It appears that Justin still has a strong relationship with the family despite living far from Arkansas, where most of the Duggars reside.