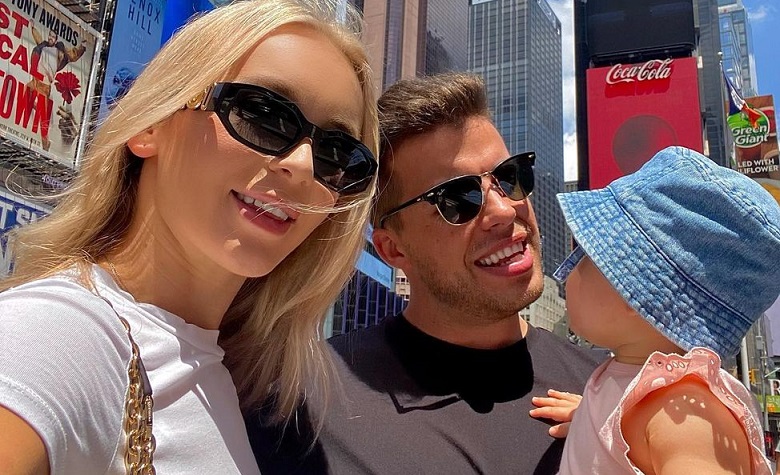 90 Day Fiance star Yara Zaya has been keeping in touch with the fans lately. Most of the time, Yara shares adorable updates about her family. She’s been sharing clips and pictures about the ongoing war in her home country, Ukraine. It’s clear to see that Yara has been brokenhearted about what’s been happening in Ukraine. Due to this, fans are amazed that she’s still trying her best to stand up and make her family happy. Now, Yara is back to share another update for the fans. This time, Yara shares their struggles in deciding to move.

90 Day Fiance star Yara Zaya took to social media to answer several questions from the fans. One of which is about her and Jovi Dufren’s plans to move. According to Yara, they’ve been moving a lot lately without coming up with a final answer about where they will settle. “Plus we [are] wasting so much money on rent. Soon [we] will go to Tampa and Fort Lauderdale. Miami,” she added.

It seems that Yara and Jovi are now trying to double their efforts in finding a new house. Fans are also hoping that they’ll finally settle somewhere soon as their daughter, Mylah gets bigger.

90 Day Fiance star Yara Zaya also answered questions about how she keeps herself physically fit. Apparently, fans are amazed by Yara’s body even after giving birth to Mylah. According to Yara, she just simply goes to the gym and eats healthy foods.

It’s clear to see that Yara’s dedication to living a healthy lifestyle paid off well. She’s been sharing clips of her workout routines on social media as well, and some of them even feature her daughter joining her while exercising.

90 Day Fiance fans are also excited for Jovi Dufren and Yara Zaya’s return to TLC. Apparently, Jovi and Yara will make a big TV comeback in the upcoming new season of 90 Day Fiance: Happily Ever After? It’s unclear what’s going to be the storyline for Jovi and Yara. But fans think that it’s going to be positive considering that they’ve been happy with their lives lately.

Some also took to Jovi and Yara’s recent social media posts to congratulate them on their TV comeback. Others are also hoping that the two will continue to receive more spinoffs from the network company.

It’s clear to see how successful Jovi and Yara have become after the reality show. Due to this, fans can expect that the two will rise in popularity once more as they finally make a return to the small screens.

’90 Day Fiance’: David Shares Heartwarming Birthday Message For Annie
‘Sister Wives’: Why Fans Are Not Happy With Meri’s Latest Post
‘Sister Wives’ Janelle Shares Pic Of Savanah Ahead Of Her 18th Birthday
‘Sister Wives’: Kody Deals With Bigger Problems In Upcoming Episode
‘Counting On’: Jinger Back In Workout Routine After Recovering From Flu