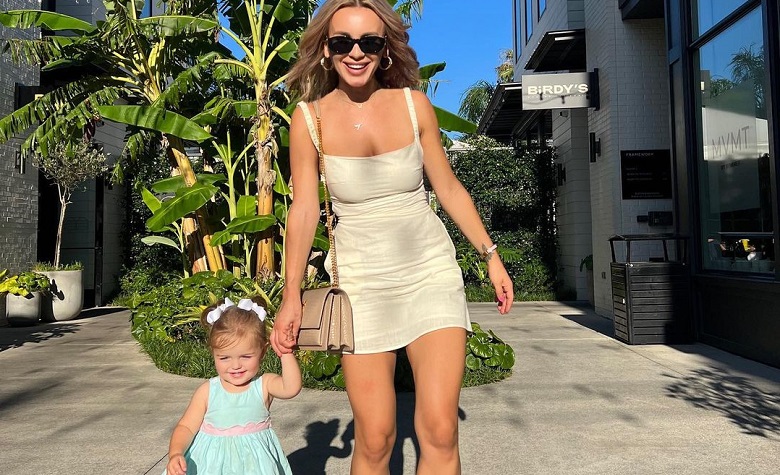 90 Day Fiance star Yara Zaya has been keeping in touch with the fans lately. Most of the time, Yara shares adorable pictures with her husband, Jovi Dufren, and their daughter, Mylah. Fans are also praising Jovi and Yara for their parenting. According to some, the two have been trying their best to keep their daughter happy. Fans also think that Mylah has already inherited Jovi’s adventurous personality. Now, Yara is back to share another update for the fans. This time, Yara stuns everyone with her morning walk with Mylah.

In a social media post, 90 Day Fiance star Yara Zaya shared a clip from her recent morning walk with Mylah. “Trying to enjoy every second with this little princess,” Yara captioned.

Fans also took to Yara’s comment section to praise her efforts in giving a lot of time to her daughter. Some also talked about Yara’s stunning look despite only walking her daughter outdoors.

“I hope you know how truly amazing and beautiful of a mommy you are!” one fan said. “You look incredible girl,” another fan added.

Fans also talked about how big Mylah has become. Some also said that she’s starting to look more like her father, Jovi Dufren.

Yara Shares How She Deals With Negativity

90 Day Fiance star Yara Zaya also took to social media to share how she’s been dealing with negativity. Yara revealed that the recent news in her home country, Ukraine, made her cry for half the night. However, she’s been trying to distract herself by going to the gym and listening to Operas. Yara also revealed that Mylah is starting to like Operas as well.

Meanwhile, fans have been sending strong messages for Yara on social media to keep her motivated. Fans are also praising Yara and Jovi Dufren for their efforts in sending help to the victims of the war.

90 Day Fiance fans also noticed that Yara Zaya has been promoting different products lately. Aside from her own makeup brand, Yara has been sharing food supplements as well as fresh foods from a certain company. Fans are also praising Yara for her efforts in making money and contributing to their family.

Fans are also amazed by Yara’s expensive lifestyle. Most of the time, Yara wears designer brands. She even took to social media previously to share that her daughter is starting to wear high-end brands as well. At one point, Yara revealed that she gave Mylah a pair of Dior shoes.

It’s clear to see that Yara and Jovi Dufren have become one of the most successful TLC couples today. Fans also think that it’s highly possible for them to make a TV comeback due to their growing popularity.