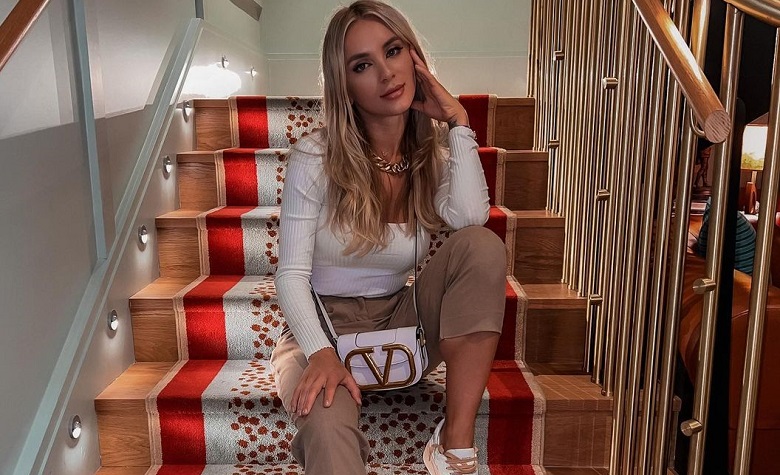 90 Day Fiance fans have seen Yara Zaya’s struggles in recent weeks. Apparently, Yara has been stressed by the ongoing war in her home country, Ukraine. There are also reports that she’s been hospitalized due to the stress she suffered. Meanwhile, Jovi Dufren has been trying his best to distract Yara and make her smile despite all the heartbreaking news. Now, Yara is back to share an update for the fans. However, this time, Yara talks about how she deals with all the stress.

In a social media post, 90 Day Fiance star Yara Zaya shared a picture with Jovi Dufren and Mylah. According to Yara, she’s been living on an emotional swing lately due to the ongoing war in Ukraine. “I want to cry then laugh. It always seems that I am doing little for Ukraine and that more needs to be done,” she added. After that, Yara made it clear that she’s been keeping in touch with the volunteers in Ukraine, and it always breaks her heart whenever she hears their stories. “I just want this to be over so we can go home safely. I don’t understand why some people think they have the right to kill others,” Yara added.

90 Day Fiance fans have also seen Yara Zaya hustling more on social media lately. According to some, it seems that promoting different products is also one of Yara’s ways to distract herself from all the stress. Recently, Yara promoted a food supplement that’s been helping her to stay energized. Meanwhile, fans are hoping that Yara and Jovi Dufren will continue to receive TLC spinoffs. Some also think that the two will stay in the franchise for quite some time due to their growing popularity.

90 Day Fiance star Jovi Dufren also took to social media to share his adorable family time with Yara Zaya and Mylah. Apparently, Jovi shared a picture from their recent shopping time. “Family Time @yarazaya. I’m hoping that Mylah doesn’t pick up her momma’s shopping habits,” Jovi captioned. Moments later, fans took to Jovi’s comment section to cheer for their family and Yara’s expensive habits. “Looking good, what great style you both have. I love it. Big fan and prayers for Yara’s family and friends,” one fan said. “I fell in love with Yara and Jovi. They are the cutest couple and very real,” another fan added.

It’s clear to see that fans are showing full support to Jovi and Yara. Some are also hoping that the two will continue to keep in touch with the fans despite all the stress they’ve been going through lately.