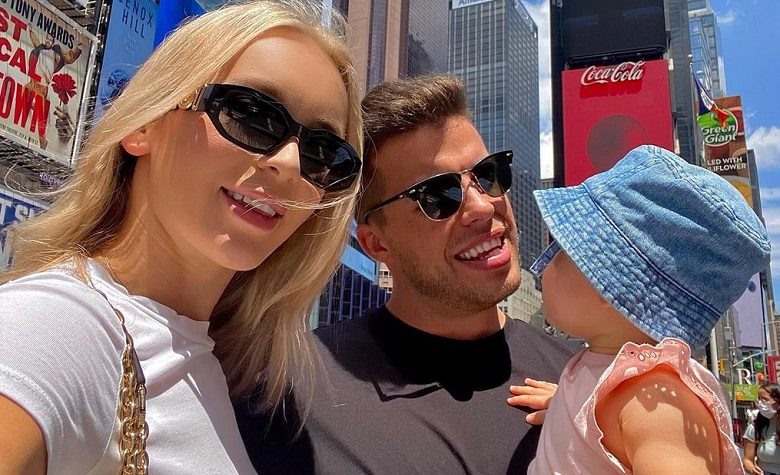 90 Day Fiance star Yara Zaya has been sharing heartbreaking posts about the ongoing war in her home country, Ukraine. It’s clear to see that she’s been so stressed lately. Fans have been sending prayers and strong messages on her social media as well. Meanwhile, fans have been praising Jovi Dufren for his efforts in keeping his wife happy. Now, it seems that Yara doesn’t want anyone to get affected by her stress. Apparently, Yara recently took to social media to share their recent family bonding time. She even shared a wholesome clip with Mylah not wanting to walk during a snowy day.

In a social media post, 90 Day Fiance star Yara Zaya shared a picture from their recent family bonding time. “Just family pictures,” Yara said. “I force myself to stop watching the news and just enjoy every day!!” she added. It’s clear to see that Yara is doing her best to stay away from all the negativities, especially with the stress she’s been suffering due to the ongoing war in Ukraine. However, she never forgets to share updates about her home country and ask her fans to send help to those who are in need.

90 Day Fiance star Yara Zaya also shared an adorable clip of Mylah not wanting to walk during a snowy day. Yara later carried Mylah and the two had some fun looking at mountains. Aside from spending time with her family, Yara also took to social media recently to promote new brand partners. It’s clear to see that Yara is finally making efforts on relieving stress. Families and friends of Yara also took to her social media to wish her strength amid the ongoing war in her home country.

90 Day Fiance star Jovi Dufren also took to social media to share a stunning photo with Yara Zaya and Mylah. “Family Time,” Jovi captioned. It seems that Jovi and Yara are back with their travels. Fans also think that it’s one of Jovi’s ways to relieve the stress that Yara has been suffering lately.

According to reports, Yara was hospitalized after the war broke out in her home country. Due to this, fans have been sending prayers and messages for Yara to keep her strong. At this point, Jovi has yet to share his next steps with his family. However, fans are glad that they’re still keeping in touch with everyone despite all the heartbreaking news in Ukraine.

Jovi and Yara have yet to share updates about their plans to move as well. Fans also think that it might take some time due to the ongoing war in Yara’s home country.