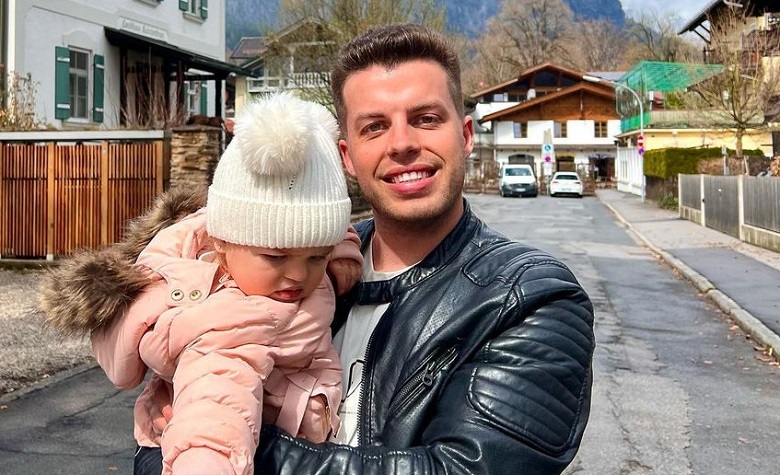 90 Day Fiance star Jovi Dufren has been keeping in touch with fans lately. Most of the time, Jovi shares updates about his daughter and wife. Fans are also amazed that Jovi and Yara Zaya get to spend so much time with Mylah despite their busy schedules. Fans have been praising Jovi for his newfound maturity as well. According to some, it’s clear that he now loves being a father. Fans also pointed out that he’s no longer partying and drinking with his friends. Now, Jovi is back to share another update with fans. However, this time, Jovi surprises everyone with his new haircut.

In a social media post, 90 Day Fiance star Jovi Dufren shared a picture with his family after getting his new haircut. “Call me Mr. Clean. Happy Tuesday everybody!” Jovi captioned. Fans were surprised by Jovi’s decision to go bald. Some even said that Jovi looks unrecognizable in the picture. Meanwhile, some complimented Jovi’s new look. “It doesn’t look bad, but you had really nice hair,” one fan said. “Amazing!” another fan added. It’s unclear what the reason behind Jovi’s bald hairstyle is. But, fans believe that Yara Zaya fully supports his decision.

90 Day Fiance star Jovi Dufren also took to social media to share his recent beach day with Mylah. According to some, it’s clear to see how Mylah loves the beach. Fans are also amazed that Mylah is already used to traveling a lot at a very young age. Fans also believe that her love for the beach came from her mother, Yara Zaya. Apparently, Yara has been sharing stunning photos with Jovi on the beach even before she got pregnant with Mylah.

90 Day Fiance star Yara Zaya also took to social media to share hilarious pictures with Mylah. Apparently, Yara is struggling on making her daughter pose for a picture. “This is how we take pictures with MYLAH now. I can take a photo with her only if she allows me,” Yara captioned followed by laughing emoticons. Meanwhile, some fans took Yara’s comment section to tell her that it’s only the beginning and it’s going to get worse when Mylah gets bigger.

It’s clear to see that Jovi and Yara are living their best lives since Mylah’s arrival. Fans can also expect that the two will continue to share more updates, especially on their plans to move.