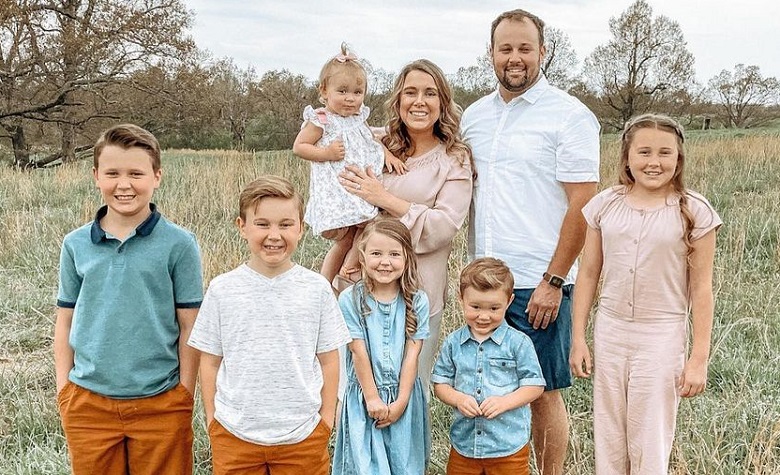 Counting On star Anna Duggar has been making headlines after her recent return to social media. At one point, Anna shared a puzzling message about going on a road trip to pay a visit to her “bestie.” According to some, it’s possible that Anna was referring to Josh as her “bestie” and she’s paying him a visit for her birthday. Now, Anna is making noise once again after updating some information on her page.

Counting On fans took to Reddit to discuss Anna Duggar’s recent return to social media. Apparently, Anna has been inactive for months since Josh Duggar’s CSAM arrest. One of her last posts was about sharing more details regarding her husband. However, fans are not having it and said that she was only trying to alter the story to help make Josh look innocent.

Now, Anna has updated her bio and it now includes her seventh child. According to some, it’s possible that Anna will now share more updates regarding her family. Fans also think that Anna might finally spill some tea regarding the wrongdoings of Jim Bob and Michelle Duggar and enabled Josh’s immoral behavior.

Counting On fans also think that Anna Duggar will use her social media return to defend her disgraced husband, Josh Duggar still. Apparently, reports claimed that Anna is still siding with Josh and even had a feud with Jim Bob and Michelle Duggar for their lack of efforts in helping him defend his case. It’s also reported that Anna has been talking to Josh through calls. Meanwhile, fans are not losing hope that Anna will realize the horrible things that Josh did.

At this point, Counting On star Anna Duggar has yet to share updates regarding her kids. However, fans think that she will soon share updates about her family with her recent social media return. There are also reports stating that Jana Duggar has been helping Anna with her kids.

Fans also believe that Anna has been with the Duggar family since Josh Duggar’s CSAM arrest. It’s clear to see that Anna is in a rough spot since her husband’s arrest. Meanwhile, some are hoping that Anna will still consider divorcing Josh after all the things that he did.

It’s clear to see that the Duggars have been facing tons of controversies since Josh’s arrest. Fans also think that they’re going to have a hard time making a TV comeback due to their negative reputation.

‘Sister Wives’: Kody Continues To Hustle On Cameo Ahead Of Season 17
Review: ‘Predator’ Finally Gets A Good Follow-Up With ‘Prey’
‘Counting On’: Fans Continue To Speculate Lauren’s Rumored Baby
‘Counting On’: Why Fans Are Still Questioning Ben Seewald’s Job?
‘Sister Wives’: Meri Brown Thankful For The People Who Hurt Her?