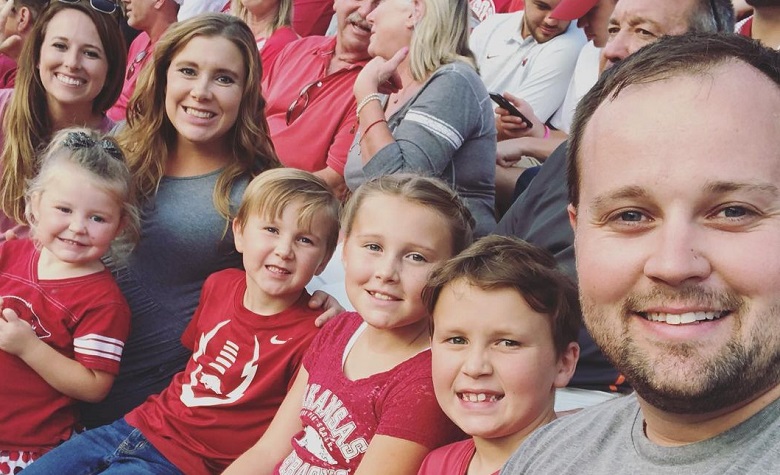 Counting On fans have been keeping their eyes close to the Duggar family since Josh Duggar’s CSAM arrest. Many were also upset after Michelle Duggar released a letter pleading for leniency for Josh instead of helping the victims of child abuse. Amy Duggar has been trying her best to call out the family as well, especially Michelle and Jim Bob Duggar. Amy also took to social media to encourage Anna Duggar into divorcing Josh. At this point, Anna has yet to share her comments regarding Amy’s message for her to divorce her husband. However, fans think that Anna will never divorce Josh despite his immoral sins.

Counting On fans took to Reddit to discuss why Anna Duggar would never divorce Josh Duggar. According to some, it’s clear to see that Anna is siding with Josh from the very beginning. Fans also believe that Anna was brainwashed into believing that Josh is innocent.

“Anna would NEVER divorce Josh, her letter to the judge for him makes it clear she doesn’t even think he did anything wrong,” one person said. “Anna is definitely the one most brainwashed. A lot of them still seem to be able to think for themselves and identify that they’re in an awful situation,” another person added.

Aside from Anna Duggar, Counting On stars Jim Bob Duggar and Michelle Duggar have been facing tons of criticisms as well. Apparently, fans don’t like how the two tried their best to help Josh Duggar defend his case. According to some, Jim Bob and Michelle showed the world that they only care about their son and the family’s reputation. Fans also pointed out how Jim Bob and Michelle did nothing to talk about and help the victims of child abuse.

Counting On: Will The Duggars Return To The Small Screens?

At this point, TLC has yet to confirm if the Duggars will return to the small screens after Josh Duggar received his sentence. But Counting On fans think that Josh’s sentence made it harder for the Duggars to return, as it brought so much damage to their image.

Fans also noticed that some of the Duggars are starting to distance themselves from the family. One of them is Jessa Duggar, who hasn’t shared any updates regarding her parents since Josh’s sentence. Apparently, Jessa is known for her close relationship with her parents. However, fans have been noticing that she barely features and mentions them in any of her recent vlogs.

There are also reports stating that there’s been a rift in the family since Josh’s CSAM arrest. Meanwhile, Jim Bob and Michelle remain silent regarding the family’s rumored struggles