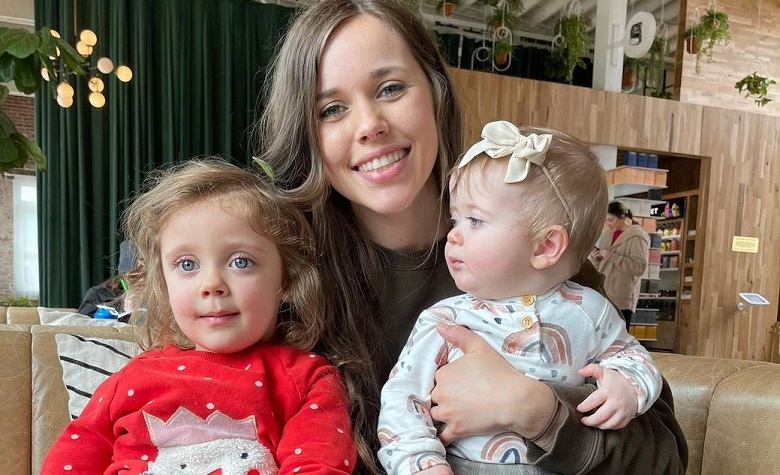 Counting On star Jessa Duggar has been keeping in touch with the fans lately. Most of the time, Jessa shares updates about their fixer-upper. Recently, Jessa revealed that their fixer-upper is on its finishing touches. She even shared a video tour of the house and revealed that she chose a white color theme for her appliances. It’s clear to see that Jessa wants to keep her fans updated despite her busy schedule. However, some are starting to notice that she hasn’t shared any updates regarding the Duggar family, especially her parents.

Counting On: Fans Think Jessa Duggar Is Distancing Herself From The Duggars

Counting On fans took to Reddit to discuss why they think Jessa Duggar is trying to distance herself from the Duggars. According to some, Jessa has been uploading videos on YouTube lately and none of them featured a single member of the Duggar family. Others agree and said that Jessa usually shares a glimpse of her relatives during her vlogs. But this time, it seems that Jessa wants to remain silent regarding her family.

Apparently, the Duggars have been facing so many controversies since Josh Duggar’s CSAM arrest. Fans also think that it’s one of the main reasons why Jessa doesn’t want them to get featured in her vlogs lately. “Jessa is relatively savvy and she knows that if her parents showed up anywhere in her videos, the comments would tear them apart,” one person said. “It’s pretty obvious she makes income from her vlogs and I doubt she’d jeopardize that,” another person added.

Is Jessa Upset By Jim Bob & Michelle’s Support For Josh?

Counting On fans also think that Jessa Duggar might be upset by Jim Bob Duggar and Michelle Duggar’s support for Josh Duggar. It’s known that Jim Bob and Michelle tried their best to help Josh defend his case up to the very end. However, Josh still ended up getting sentenced to 12.5 years in jail. There are also reports stating that there’s been a rift in the Duggar family since Josh’s CSAM arrest, and Jessa may have taken the side of those who are against supporting Josh.

Counting On: Jim Bob Duggar & Michelle Duggar Continue To Remain Out Of Sight

At this point, Counting On stars Jim Bob Duggar and Michelle Duggar have yet to surface since Josh Duggar’s sentence. However, fans noticed that their social media page already has its comments section turned off. According to some, it’s a clear indication that Jim Bob and Michelle are aware of the criticisms they’ve been receiving lately. Amy Duggar herself has been trying her best to call out the Duggars as well, and it seems that she’s not going to stop until she makes Jim Bob and Michelle apologize and do something to help the victims of child abuse.

It’s clear to see that things are still not looking good in the Duggar family. Will Jim Bob and Michelle finally surface to address all issues?