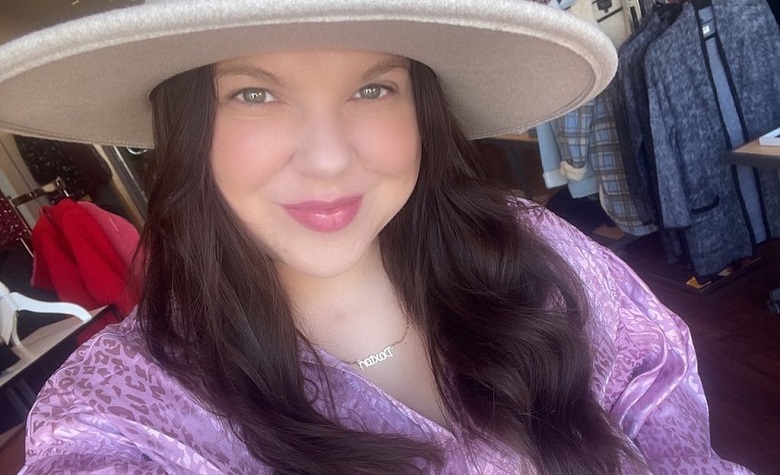 Counting On fans have been keeping their eyes close to the Duggar family lately. Josh Duggar was finally sentenced to over 12 years in prison for his CSAM case. Fans have been talking about the family since the sentencing. Some are even calling out Jim Bob and Michelle Duggar for still trying to help defend their son up until the end. Now, Amy Duggar took to social media to share her thoughts about Josh’s sentence. She also didn’t hold back in calling out the family, especially Anna Duggar for siding with Josh despite all of his immoral sins.

In a social media post, Counting On star Amy Duggar shared a clip of her talking about her thoughts on Josh Duggar’s sentence. According to Amy, she’s glad that it’s all over and she can finally take a break from all the stress. She also said that she’s satisfied that Josh will face over 12 years in prison, but definitely hoped for more. Amy also said that she’s focusing on herself in the coming days. However, she made it clear that she will always keep in touch with her fans.

Meanwhile, fans took to Amy’s comment section to share their thoughts about Josh’s sentence. Apparently, many also hoped that Josh will get more than 12 years in prison. However, some are glad that Josh will finally get punished for all the immoral sins he committed throughout the years. It also appears that fans have been talking to Amy lately to express their frustration about the Duggars as most of them turned off their comment section on social media.

Counting On star Amy Duggar also took to social media to shade Anna and Josh Duggar. “This is the day that smug gross smile slowly fades as he gets locked away,” Amy said. It seems that Amy was talking about Anna’s smug smile during one of Josh Duggar’s hearings. Amy has also expressed her frustration about the family’s behavior during some of the hearings. One of which is when Justin Duggar walked out of the courthouse with a big smile on his face while raising his thumbs up.

Counting On: What’s Next For The Duggar Family?

At this point, most members of the Duggar family have been silent on social media. Counting On fans also think that it will stay that way for a while, especially now that Josh Duggar has been sentenced to over 12 years in prison. Jim Bob and Michelle Duggar have yet to share their comments on Josh’s sentence as well. Meanwhile, fans are hoping that it will be a wake-up call for the two to improve their parenting and focus more on their kids. Fans are also hoping that Jim Bob and Michelle will help the victims of child abuse instead of trying to defend their disgraced son.

It’s clear to see that Josh’s arrest brought so many problems to the family. Fans also think that it will make it harder for them to return to the small screens.