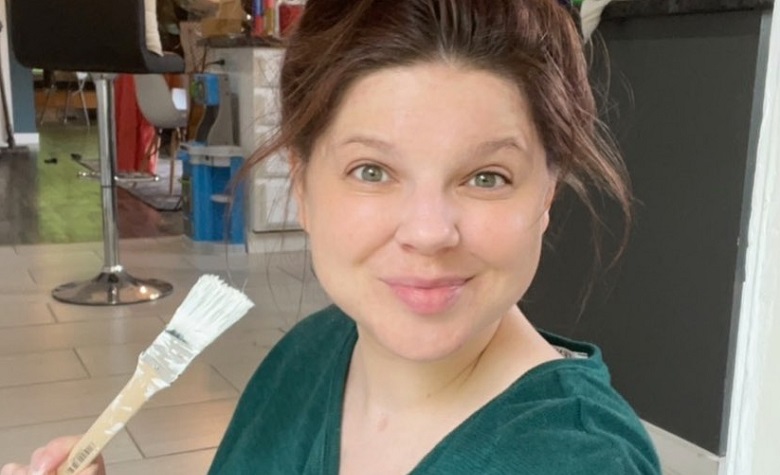 Counting On star Amy Duggar has been making headlines after showing her frustration toward Jim Bob and Michelle Duggar. Apparently, Amy is not happy with Michelle’s recent letter pleading for leniency for Josh Duggar. Amy even called them delusional as they continue to believe that their son is innocent and a good man despite all the immoral sins he committed. Now, Amy is back to call out another Duggar. This time, Amy shows her frustration towards Anna Duggar she continues to support Josh.

In a social media post, Counting On star Amy called out Anna Duggar for insisting on supporting Josh despite his immoral sins. “Dear Anna, How can you call your husband loyal and faithful? Did you forget his Ashley Madison account? Danica Dillon?” Amy said. Amy also asked Anna if she forgot about all the immoral behavior of Josh and told her that no loving, honest, committed husband will ever do such things to his wife. Moments later, fans took to Amy’s comment section to agree with her statement. Some are also hoping that Amy’s message will reach Anna even though fans don’t expect any response from her.

Amy Not Holding Back Against Josh

Counting On star Amy Duggar also took to social media to call out Josh yet again. According to Amy, anyone can look good and be good in front of other people. However, she believes that Josh is a different person when nobody is around. It’s clear to see that Amy is very upset about Josh. She’s also frustrated by how the Duggars kept pushing that he’s a good person but never mentions any of the victims that Josh watched.

Counting On: Fans Feel Bad For The Future Of Anna & Josh’s Kids

Counting On fans also feel bad for the future of Anna Duggar and Josh Duggar’s children. Apparently, Anna’s kids are going to grow up knowing the scandals of their father. Fans also feel sad for Anna’s seventh child as she might grow up without a father for many years. It’s clear to see that Josh’s immoral sins have brought so much damage to the Duggar family, but fans think that his children are affected the most.

At this point, Michelle and Jim Bob have already expressed that they want Josh to be forgiven and set free. However, some think that not everyone in the family would agree and some actually want him to get punished.