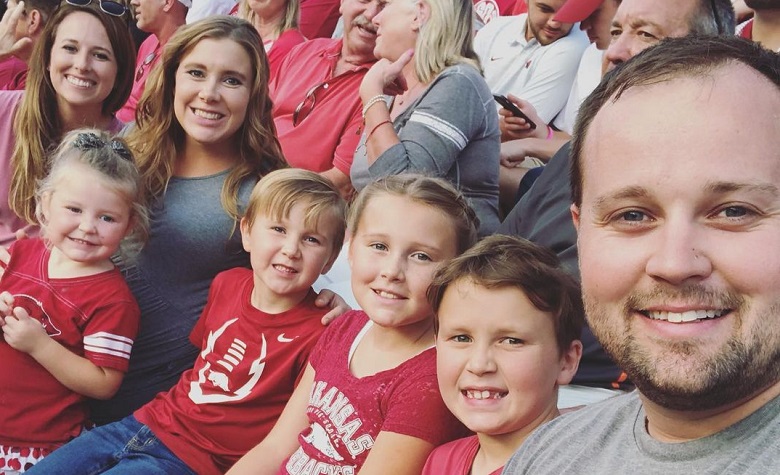 Counting On fans have been keeping their eyes close to the Duggar family lately. Apparently, Josh Duggar and his family are starting to defend his case ahead of his sentencing. Families and friends of Josh have also released letters pleading for leniency. However, fans think that things are only getting worse for Josh, especially with Michelle Duggar’s letter. Meanwhile, fans think that the letters won’t do anything to change Josh’s immoral sins.

Counting On: The Duggars Are Only Making Things Worse For Josh Duggar?

Counting On fans took to Reddit to discuss why the Duggars are only making things worse for Josh Duggar. “The family/friends’ letters pleading for leniency all continue to maintain that Josh is a good and innocent man, which will probably be laughed at by the judge considering the heinous crimes Josh has been found guilty of,” one person said.

Others agree and pointed out how they don’t seem to acknowledge any of Josh’s sins and just kept pushing that he’s a good man. “This is what strikes me as well. No one wrote about the real victims…the innocent children,” another person added. Meanwhile, some think that they won’t try to acknowledge anything as it will just prove that what Josh did is depraved and disgusting.

Counting On fans are also calling out Jim Bob Duggar and Michelle Duggar for trying too hard to make everyone believe that their son is a good man and innocent. According to some, Josh Duggar can no longer hide the immoral sins that he did. Fans were also disappointed as they thought that Jim Bob and Michelle would never tolerate such behavior and will let their son get punished. However, it seems that they’re trying their best to save him instead of telling everyone that they’re willing to help him change.

Counting On: The Image Of The Family Only Gets Worse

Counting On fans also think that Jim Bob and Michelle Duggar’s recent actions aren’t only making it worse for Josh Duggar, but also for the whole family. According to some, the two are trying to show everyone that they’ll do their best to help defend their son despite all the immoral sins he did. Fans also think that would’ve ended up much better if they admitted their son’s mistakes and did something to help the victims. However, it seems that they’re only thinking about Josh at this point, and it’s been making a lot of fans upset.

At this point, Michelle and Jim Bob have yet to address all the criticisms they’ve been receiving lately. However, many are expecting that the two will continue to stay away from the online world.