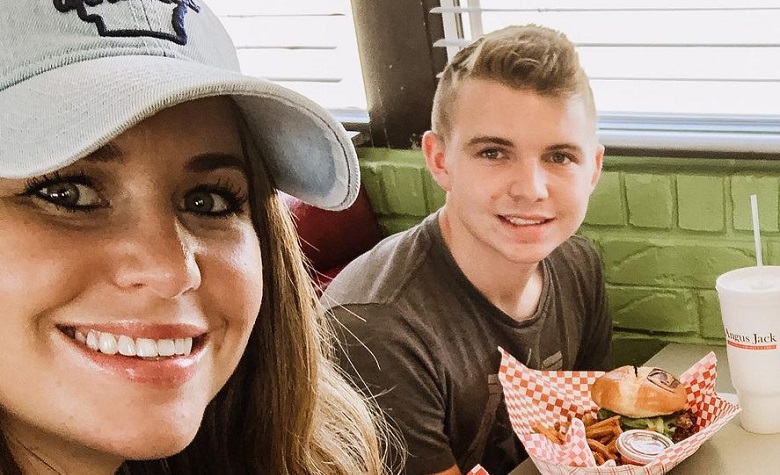 Counting On fans have been keeping their eyes close to the Duggars lately. Apparently, the Duggars are starting to become more active on social media again after Josh Duggar’s sentence. However, some remained silent online such as Jana and James Duggar. According to reports, Jana has been babysitting her younger siblings and in-laws lately. On the other hand, it seems that James is focusing more on spending time with his siblings who live far from the family. Now, James and Jana are making headlines after their recent attendance at a friend’s wedding.

Counting On fans took to Reddit to discuss James and Jana Duggar’s recent attendance at their friend’s wedding. According to some, it’s possible that the two are now being sent off to enter a relationship. Fans also find it odd that Jana and James remained silent about the wedding. Fans are even speculating that James might be meeting a potential courtship partner at the wedding.

“Maybe he’s meeting a potential courtship partner at this wedding and she’s chaperoning,” one person said.

Others agree and said that Jana might be chaperoning her younger brother. At this point, James has yet to share if he’s indeed looking for love. But the Duggars are known to keep things private when it comes to courtship and will take some time before finally announcing it in public.

Is Jana Still Looking For Love?

Aside from James Duggar, Counting On fans also think that Jana Duggar is still looking for love. Despite being the oldest Duggar to remain single, fans think that there’s still a possibility for her to enter courtship.

It’s also reported that Jana once had a relationship with Stephen Wissmann. However, their relationship suddenly disappeared, and fans think that it’s due to Josh Duggar’s CSAM arrest.

Meanwhile, some are not losing hope that Jana will step away from her life of being the caretaker of the family and finally find the right man.

Counting On fans have been wondering why Jana Duggar has been silent on social media. Apparently, Jana is often spotted bonding with her siblings. However, she never seems to upload any photos of them. According to some, it’s possible that Jana is still trying to avoid all the negativities caused by Josh Duggar’s CSAM arrest. Jana even traveled to Los Angeles with some of her siblings recently to pay a visit to Jinger Duggar. Fans also think that she and James Duggar have been trying their best to bring peace to the family and keep everyone in touch with each other.

It’s clear to see that fans are still supporting Jana despite her online absence. Meanwhile, fans think that Jana’s parents, Jim Bob Duggar and Michelle Duggar, will have a hard time redeeming themselves from the online world after their attempt to defend Josh.