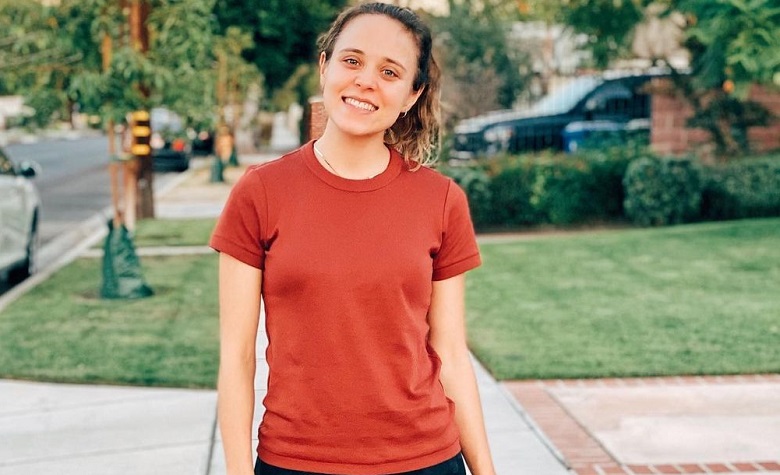 Counting On star Jinger Duggar has been keeping in touch with the fans lately. Most of the time, Jinger shares her outdoor activities with her husband, Jeremy Vuolo. Fans also noticed that big changes in Jinger’s fashion since moving to Los Angles. Some even think that she’s no longer following her family’s strict dress codes as she continues to wear shorts and pants. Now, Jinger is back to share another update for the fans. This time, Jinger shares her recent reunion with her sisters and it seems that they’re trying to follow in her footsteps as well.

In a social media post, Counting On star Jinger Duggar shared several pictures with her sisters during their recent reunion. Apparently, Jana Duggar, Jessa Duggar, and Jennifer Duggar paid a visit to Jinger in Los Angeles.

According to Jinger, they did tons of activities during the weekends. “We rode the roller coaster at the Santa Monica Pier, ate lots of good food, played some intense rounds of spicy Uno, and did some shopping in Glendale at the Americana. Such an awesome time!” Jinger said.

Fans also noticed that Jinger, Jana, and Jessa are all wearing pants, which is against the family’s dress codes. However, it seems that wearing pants is becoming a new trend in the family. Michelle Duggar herself even wore pants during her last visit to Jinger as well.

Counting On fans are also glad that Jana Duggar finally surfaced online after months of absence. At this point, Jana has yet to share why she’s been inactive on social media. However, fans think that she’s been busy taking care of her younger siblings and in-laws.

There are also reports stating that she was tasked to babysit some of Anna Duggar’s kids. Meanwhile, fans are happy that Jana gets to travel with her siblings to Los Angeles. Some are also hoping that Jana will finally find the love of her life and end the record of becoming the oldest member of the family to become single.

Counting On: The Duggars Are Now Recovering From All The Stress

Counting On fans also noticed that some of the Duggar siblings are starting double their efforts in spending time with each other after Josh Duggar’s sentence. Aside from the recent visit of Jinger’s sisters in Los Angeles, Jed Duggar also took to YouTube to share his recent camping day with some of his siblings. According to some, it’s a clear indication that the Duggars are finally recovering from all the controversies caused by Josh.

Meanwhile, Jim Bob Duggar and Michelle Duggar continue to remain silent online. Fans also noticed that they were out of sight in their kids’ recent vlogs.