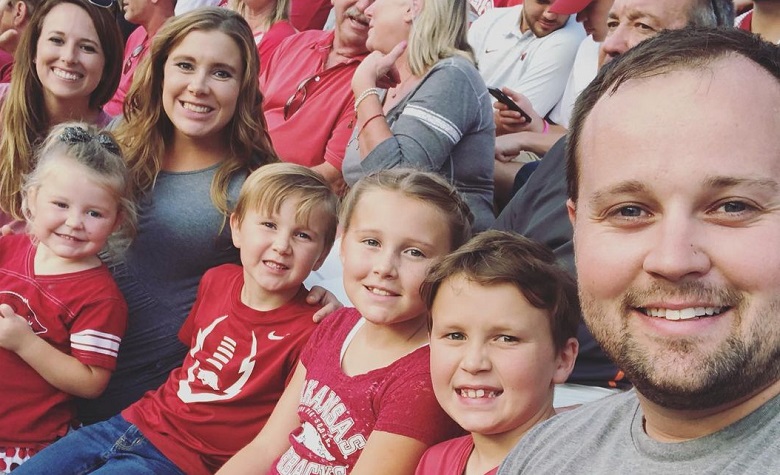 Counting On fans have been calling out Anna Duggar over the past couple of months. Apparently, fans are upset by how Anna supported her husband, Josh Duggar, despite all of his immoral sins. According to some, it seems that Anna still believes that Josh is innocent. There are also reports stating that Anna was upset by Jim Bob and Michelle Duggar’s lack of efforts to help defend Josh. Now, Anna surprised the fans with her sudden return to social media as she celebrates her birthday. Some also think Anna is hinting at visiting her convict husband.

Counting On fans took to Reddit to discuss Anna Duggar’s recent post regarding how she celebrated her birthday. Apparently, Anna is also celebrating her engagement anniversary with Josh Duggar, which upset a lot of fans.

According to some, it just shows that Anna is still in love with her husband despite the horrible things that he did. Fans also think that Anna is hinting at paying a visit to Josh and calling him as her “bestie.”

Will Anna & Josh End Up In Divorce?

Counting On fans also think that Anna Duggar and Josh Duggar might still end up in divorce. According to some, 12.5 years is long enough for Anna to realize everything that Josh did. However, some think that Anna is too brainwashed into thinking that Josh is innocent. Amy Duggar has been trying her best to encourage Anna in divorcing Joh as well. But it seems that her words didn’t reach Anna at all.

Counting On: Will The Duggars Celebrate With Anna?

At this point, Counting On fans have yet to see how Anna Duggar celebrated her birthday. The Duggars usually hold big family gatherings whenever someone is celebrating a birthday. However, Anna’s recent post might be an indication that she’s celebrating away from the Duggar family. It’s also reported that there’s been a rift in the family due to Josh’s CSAM arrest. Due to this, fans think that it’s going to be awkward for them to celebrate together with Anna.

It’s clear to see that Josh’s arrest brought so many problems for the family. Will Jim Bob and Michelle Duggar come up with something to restore their family?