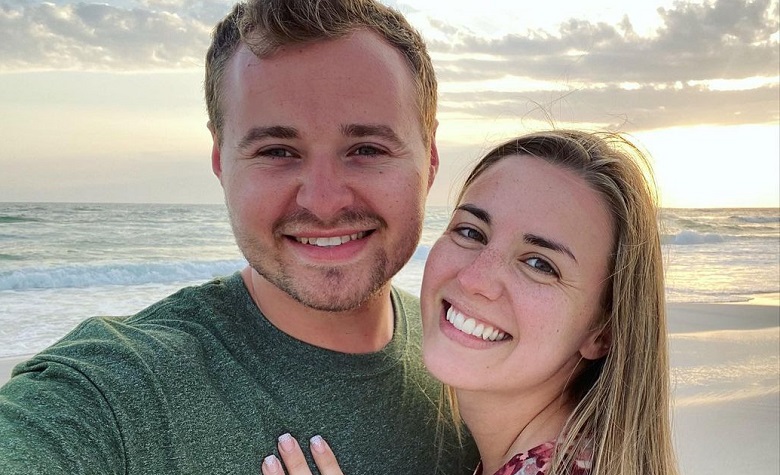 Counting On star Jed Duggar has been keeping in touch with the fans lately. He’s been sharing pictures with his son, Truett Oliver Duggar. According to some, it’s clear to see that Jed enjoying is his life as a father. It also appears that Jed’s wife, Katey Nakatsu, is also living her best life lately.

The two even took to YouTube recently to share their camping day with some of the Duggars. However, a lot of fans got upset by Jed and Katey’s parenting after putting their newborn son’s life in danger.

Counting On: Why Fans Are Upset By Jed Duggar & Katey Nakatsu’s Parenting?

Counting On fans are calling out Jed Duggar and Katey Nakatsy for putting their newborn son’s life in danger during their recent RV camping day with the Duggars. Apparently, fans spotted Truett right beside a propane tank while also under a barbeque grill.

“Also the baby is almost touching / is dangerously close to the propane tank. Jed is also leaning over the baby to reach the grill. Anybody who was around them that day clearly lacks common sense for not to correct where the baby is,” one person said.

Truett was later moved from the barbeque grill, but fans are still upset with the person who was recording for not realizing the situation quickly.

Fans Have Been Questioning The Duggars’ Parenting

Aside from Jed Duggar and Katey Nakatsu, Counting On fans have been questioning the parenting of some of the other Duggars as well, especially Joy-Anna Duggar and Austin Forsyth.

Apparently, Joy-Anna and Austin have put their kids’ lives in danger multiple times as well.

At one point, fans called out the two for leaving a rifle near Gideon.

Fans also slammed Austin for bringing Gideon in a zipline without proper gear.

Fans are also questioning some of the Duggars who decided to homeschool their kids. One of them is Jessa Duggar, who’s been firing back at the critics for questioning her decisions on homeschooling her kids.

Counting On: Jim Bob & Michelle Duggar Continue To Remain Out Of Sight

Counting On fans also noticed that Jim Bob and Michelle Duggar were out of sight during the Duggar’s recent RV camping day. According to some, it seems that the two are still trying to avoid the online world after facing tons of controversies.

Apparently, fans have been calling out Jim Bob and Michelle for trying to help Josh Duggar defend his CSAM case. Fans are also furious that neither Jim Bob nor Michelle talked about the victims of child abuse and only focused on their disgraced son.

It’s clear to see that Josh’s CSAM arrest brought so many issues for the family. Fans also think that Jim Bob and Michelle will have a hard time trying to restore their reputation after supporting Josh.