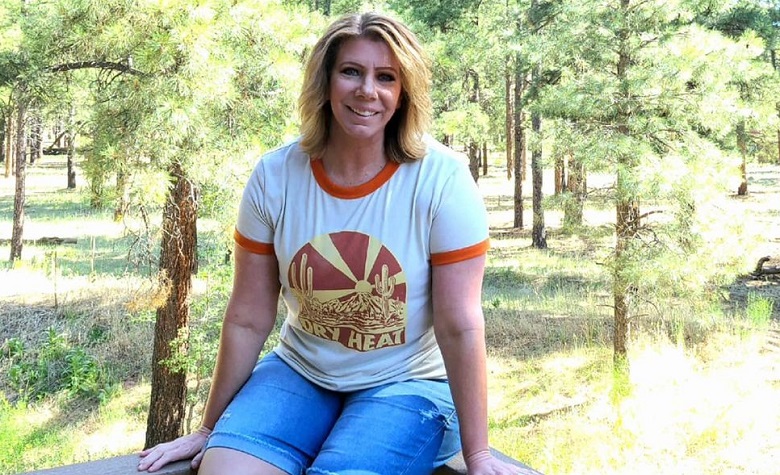 Sister Wives star Meri Brown has been keeping in touch with the fans lately. Most of the time, Meri shares cryptic quotes about overcoming struggles and letting go of someone. It’s clear to see that Meri is using her puzzling quotes to express her frustration toward Kody Brown.

However, it seems that Meri’s struggles with Kody are not the only thing she’s focusing too lately. Apparently, Meri has been busy handling her B&B as well. She also took to social media recently to talk about how big LuLaRoe has become in her life.

Sister Wives: Meri Brown Talks About How Big She Has Become In LuLaRoe

In a social media post, Sister Wives star Meri Brown shared a lengthy message that talks about how big she has become in LuLaRoe. According to Meri, LuLaRoe has played such a big role in her life. Meri also said that she’s able to help many people in LuLaRoe and she doesn’t plan to stop any time soon.

“Through LuLaRoe, I’ve been able to help many amazing humans start their own businesses and work toward their own financial and family goals,” Meri said.

“Not only that, I personally employ 7 people. Some full-time, some part-time. The people I’ve hired for different parts of my life and businesses are LIFE SAVERS to me,” Meri said.

After that, Meri revealed that helping people and building a business and teams are one of the few things that she loves to do. “I’m only going to get better. I’m continually building my teams and businesses, and having fun doing it,” she added.

Meri Continues To Focus On Her Business

Sister Wives fans also noticed that Meri Brown is focusing more on her businesses instead of the plural family lately. According to some, it’s a clear indication that Meri is keeping herself busy to relive the stress and pain caused by Kody Brown.

At this point, Meri has yet to share updates regarding her struggling relationship with Kody. However, fans think that the two are still not talking to each other and Kody is still living in a monogamous-like marriage with Robyn Brown.

Sister Wives fans have been keeping their eyes close to Kody Brown over the past few months. Apparently, many are wondering how Kody makes money to support his big family. At this point, there’s still not a lot of information regarding Kody’s job behind the cameras.

However, he’s been spotted multiple times in gun shows seemingly selling guns. But some think that it’s not enough for Kody to support his plural family.

Fans also think that his lack of income is one of the main reasons why some of the wives are starting to branch out and start making money on their own.

It’s clear to see how dysfunctional the plural family has become throughout the years. Will Kody finally come up with something to fix their never-ending struggles?