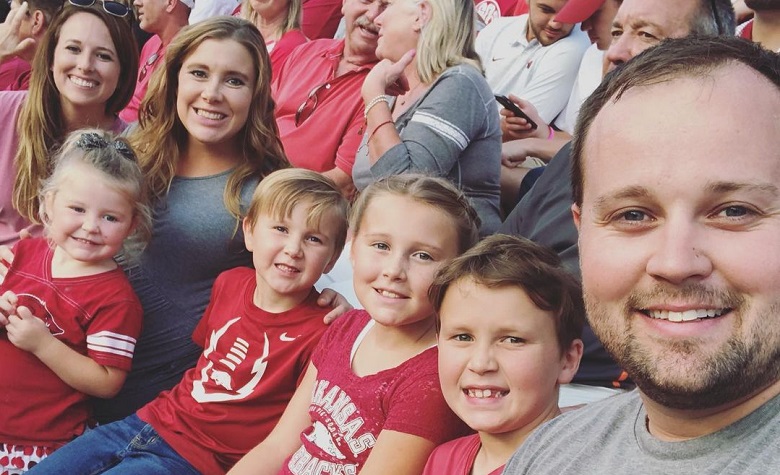 Counting On fans have been keeping their eyes close to the Duggar family lately. Josh Duggar’s sentencing is just right around the corner and fans can’t wait for the final outcome of his sentencing. Amy Duggar herself has been doing everything she can to call out the family and Josh as well. Now, fans are starting to share their predictions about what might happen during Josh’s sentencing.

Counting On: Fans Share Predictions Ahead Of Josh Duggar’s Sentencing

Counting On fans took to Reddit to discuss their predictions ahead of Josh Duggar’s sentencing. According to some, there’s a high possibility that Josh will face up to 12 to 15 years in prison. “This is my guess too. Based on the enhancements, he should receive between 151-188 months. 12.5-15.6 years. Judge Brooks doesn’t seem to play around,” one person said.

Meanwhile, some doubt it and said that it may only get 6 to 10 years. On the other hand, fans think that some of the Duggar especially, Michelle and Jim Bob Duggar, will try their best to defend Josh. However, many believe that they won’t be able to do anything anymore. Some even said that they’re just making it worse as they continue to save Josh without talking about any of the victims of child abuse.

Counting On star Amy Duggar also took to social media to call out Anna and Michelle Duggar. Apparently, Anna and Michelle are still siding with Josh Duggar, which makes Amy upset. “Anna and my Aunt’s denial is hurting ALL children. Every victim that has ever been hurt,” Amy said. “Every little voice that can’t speak for themselves… and as a mother, this INFURIATES ME,” she added. It’s clear to see that Amy is frustrated by how the Duggars keep defending Josh. She even asked if they were delusional as they continue to believe that his innocent despite all of his immoral sins throughout the years.

Counting On: What’s Next For The Duggars?

At this point, Counting On stars Jim Bob and Michelle Duggar have yet to share updates ahead of Josh Duggar’s sentencing. However, fans think that things are not looking good in the family as they continue to face controversies. According to some, things would’ve turned so much better if Michelle and Jim Bob apologized for their son’s immoral sins and helped the victims. Unfortunately, they did the complete opposite as they continue to believe that Josh is a good person.

It’s clear to see that the Duggars have been facing so many issues over the past months. Fans also think that Josh’s CSAM conviction badly affected their reputation and they may not be able to return to the small screens anytime soon after Josh’s sentencing.