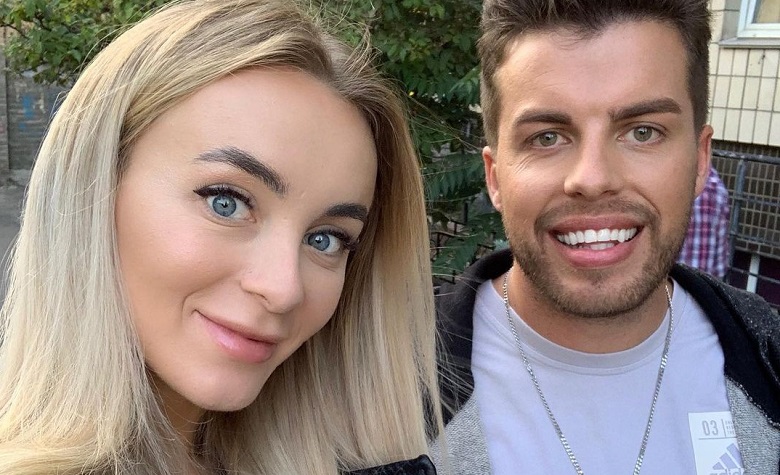 90 Day Fiance star Jovi Dufren has been keeping in touch with the fans lately. Fans also love how he keeps Yara Zaya happy amid all the stress she’s been suffering due to the ongoing war in her home country, Ukraine. It also appears that the two are trying to distract themselves from all the stress. Apparently, Jovi and Yara were spotted partying with their friends recently. Now, Jovi is back to share another exciting update for the fans. This time, Jovi shares his sweet bonding moments with Yara and his mother, Gwen, for mother’s day. He also left the fans in awe with his heartfelt message to Yara.

In a social media post, 90 Day Fiance star Jovi Dufren sent a sweet message to Yara Zaya for mother’s day. “Happy Mother’s Day to the best mother out there @yarazaya Thanks for everything you do, and being the best mother to my baby girl,” Jovi said. “I’ll keep it short and sweet, but just want everyone to know what a rockstar you are,” he added.

It’s clear to see that Jovi is so proud of his wife. Fans also took to Jovi’s comment section to praise his kind words to his wives. Some are also happy that Jovi was able to change his lifestyle for Yara and Mylah. According to some, Jovi is now more of a family-first man compared to his past life of partying and drinking.

90 Day Fiance star Jovi Dufren also took to social media to share a heartfelt message to his mother, Gwen. “Happy Mother’s day to my mom @gweneymard Thanks for giving us a little getaway from reality this wknd!!” Jovi said. It seems that Gwen played a huge role in why Jovi and Yara Zaya are in Miami. Fans also praised Gwen for her efforts in making the two happy amid all the stress they’ve been facing lately. “You do have a great mom and family,” one fan said. “You do have the best mom!! I love her!!” another fan added. Jovi also shared a picture with Yara and Gwen looking so happy together.

90 Day Fiance: Are They Moving Soon?

At this point, 90 Day Fiance stars Jovi Dufren and Yara Zaya have yet to share when are they moving. However, the two have already made it clear that they’re soon reaching a final decision. Meanwhile, fans have been throwing suggestions to the couple regarding which place they should settle in. Meanwhile, it seems that Jovi and Yara already have a few on their lists such as Boston, Dallas, Chicago, NYC, and Miami.

It’s clear to see that Jovi and Yara are living their best lives. However, it doesn’t stop Yara from sending help and posting updates about the ongoing war in her home country.

‘Sister Wives’: Fans Think Robyn Brown Can Still Redeem Herself
‘Counting On’: Fans React To Amy’s Strong Message For Anna
‘Counting On’: Amy Duggar Calls Out Anna For This Reason
‘Sister Wives’: Meri Wants To Keep On Trying Amid Struggles With Kody
’90 Day Fiance’: How Yara Zaya Makes Her Money